Is my brain melting or something?

I just listened to the whole album and didn’t like even one song. I hate to be negative but wow…? Like every song felt like filler.

Have to listen to it again I guess…

I’m listening to it now, mostly I agree. I liked Paralysis and Rei. I did like the singles Goner and World. Hoshi ni Negai woo is pretty okay too. Ikitoshi is next and I’ll see what I think about it but literally all the rest were terrible (to me)

I also gave it another chance, oh man…

Is this their worst album to date?

lotta songs on this album giving me this vibe 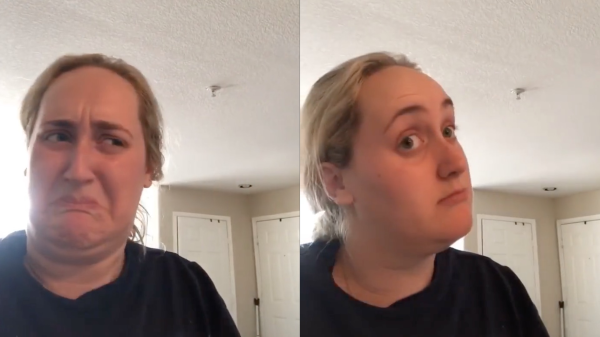 Isn’t it a bit early to say something like this after listening to it twice?

No. I would’t eat the same dish twice in a row if I didn’t like it the first one. He listened to the album two times. It’s not about listening to a thing until you like it, it’s about simply connecting with it

Well, depends. Many albums grow on you after listening to it more. For me that’s especially the case for most Dir en grey albums. They’re not “easy” to get into, but once you’re in, you enjoy it.

Everything grows on you the more you experience it, it’s expousure theory we know it works and that’s why the advertisemente industry exists. Just let people have the right to have first impressions to a new album.

On that same subject…

-Much better than Aku! I like how it feels much more focused
-It keeps getting better, the best stuff is backloaded IMO
-Despite being being so easy to listen to in general, most tracks breeze trhough not leaving too much of an impact. Most of them have nice touches but very few have good punches
-Paralysis is the highlight for me, Hack is very cool too
-I didn’t like World too much in the single, but it felt pretty good in the context of the album

I am ok with this album. I was terrified it would be even messier than Aku given their pace this year but it’s much cleaner and pleasing.

It has a huge problem with intensity and being able to hook the listener though.

Just let people have the right to have first impressions to a new album.

I never said I don’t, I just said that I think saying it’s their worst album is quite a hot take after two listens

I’m not a big enough fan to comment on if it’s their worst album to date or not, but I generally believe if you are a big enough fan, you can tell if an album is your least favorite after one listen.

In any case, one listen through and I don’t need to really listen to much of this ever again

It hasn’t been 24 hours since release. Only hot takes can be produced. Chill out. Only time provides hindsight.

but I generally believe if you are a big enough fan, you can tell if an album is your least favorite after one listen.

I don’t think that’s a general rule, but I can definitely understand if you personally might feel that way

So far the album debuted at number 2 at the Oricon…though doesnt seem it will a week of big
numbers.

Im getting afraid with current comments

though not surprised.
Lets see how long it takes for the CD to arrive to China…specially since they may think it brings covid and may end quarentined

Okay I’m done with my first listening to the whole album.
It’s good(7/10)
Has a lot of interesting instrumentals and ideas.

My favorite song from the album is:
いきとし
It gave me goosebumps.What a great song!

Greetings from Germany😇
(Been a fan of MUCC since 2006)

.As with Aku and Myakuhaku, it seems like a “single collection” to me (I guess it’s because there is no central sound or concept in the album)
.Softer than what we are used to?
.Tracks that have caught my attention: Hoshi ni negai wo, GONER, Hack, Mirai, Color, Zero, Ikitoshi.

Another attempt that I make in the world of MUCC, but there is always something in them that does not convince me. Something that his first releases and remakes of these do have.
Some of their tracks I do like a lot, but not a full album.

P.S; I don’t think it’s an album that needs many listens to understand it, it’s rather simple. Nothing to do with DEG XD

Are you mixing that up? Shinsekai is an instrumental track/opening on the CD version, but not on streaming services unfortunately.

Besides that I mostly agree on your thoughts!

The album’s pretty typical. There were like 3-4 songs that I more or less enjoyed, and the rest was just different shades of awkward, boring or cringe-inducing (or bootleg ripoffs of other bands’ vibes, lol). One thing it has over Aku is that it’s over more quickly but ultimately it’s not as much better as I hoped. Another album I won’t ever listen to again probably. Oh well.

Wow It is not available on streaming! Then i have to wait until my copy arrives