But those are pretty low sales week…barely 3k CD (counting that 2K were FC editions, though not sure if FC figures count for Oricon), I know they are in a different league, but Dir en Grey just outsold them by x6 and after 1 week are already out of the top 50…Im still waiting for my copy, but doesnt look like the CD will have a long run.

On other things, they were just doing a stream for a new MV filming, seems they went to some abandoned temple in the countryside. Looked like a nice scenery for the MV.

I wasn’t judging in any way, it’s just an objective fact that commercially/chart wise this is their most successful album so far, but of course these numbers aren’t everything. I’m not sure if Oricon “already” includes streams, downloads or anything too and it’s limited to tell whether something is “popular” or not, especially outside of Japan.

Already received my FC edition a few days ago. Make sure to rip yours to your PC, because it has an additional Intro and a hidden/secret track

I hate those PC hidden tracks

I remember M used to do that with all their CDs and sometimes it was a pain to get them.
You are lucky, mine still on customs/quarentine/desinfecting process

Sucks that one of their worst is their most successfull, wanted people to discover them earlier when they really put out some good stuff.

I guess all the creativity when into the petit barbeque.

I didn’t even know about the hidden song on TRENDY until years after it came out. too sneaky.

I don’t consider it their worst album at all. It’s experimental, diverse, creative and daring. It definitely still needs to grow on me, but it has some of their most interesting songs since 2012-ish. I’m glad they’re trying new things (even though some people won’t enjoy this) instead of being stuck and treading the same path over and over again like Dir en grey or lynch have been doing for 10 years.
Of course, if that’s your first encounter with MUCC, Kuchiki no tou or Tsuuzetsu will be quite a trip, just as it’s vice versa probably haha

I want to ask for answers! So the 3 versions released in the new album! Just hide the track. Is Track.16 all the same thing? Because there is no $$ to collect 3 versions at a time

So the announcement from the record site! So the 3 version minutes are the same?

I assume it’s the same track. The track on my copy of the fan club edition is 1:49 min long. But I can’t find a CD rip of the regular/limited edition, so I can’t confirm it 100%.

The recent setlists on setlist.fm include the secret track/Bakudan too (Owari no yukue is a new song):

Get the MUCC Setlist of the concert at BIGCAT, Osaka, Japan on June 26, 2022 from the MUCC TOUR 2022 "SHINSEKAI" ~The Beginning of the 25th Anniversary~ Tour and other MUCC Setlists for free on setlist.fm!

Japanese fans are calling the track Bakudan too on Twitter: 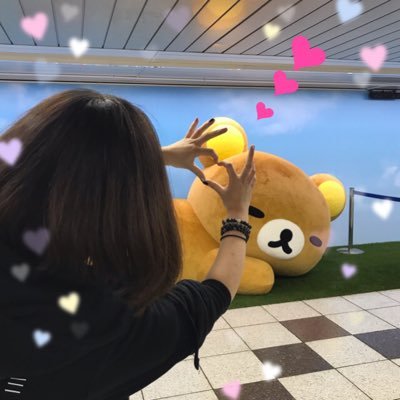 I assume it’s the same track. The track on my copy of the fan club edition is 1:49 min long. But I can’t find a CD rip of the regular/limited edition, so I can’t confirm it 100%.

Is that book full of lyrics or is it a case for the cd and extras or what? If it’s a literal book I’d be interested in buying one.

Finally mine arrived after 12 days of quarentine…didnt open it yet but I´m wondering, whose checkis u got?

The fan club edition is an actual hardcover book (probably about the size of a DIN A5 book and about 3 cm/1,2" thick) with pictures from the recording sessions. The CD/BD are housed on the last page of the book and it comes with a random cheki (instax polaroid) of the band/members during recording (@TrentReznor: I actually got Tatsurou the man himself haha). It also has a digital bonus (1 hour video from recording a song in real time and PVs for every song).

I think it’s a made-to-order edition, meaning you could only pre-order and can’t buy it anymore (except second hand).

This album sure does have some studio session ass drumming on it.

Yeah I’ve seen several on Mercari that people bought two of and are selling the extra.