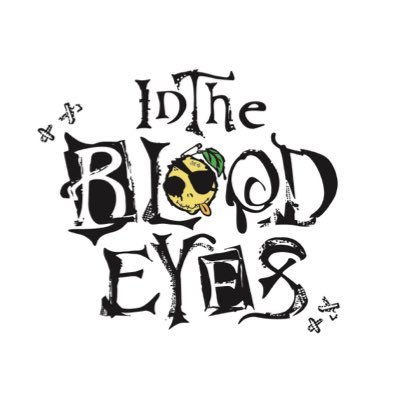 In The BLOOD EYES 公式 (inthe_bloodeyes) 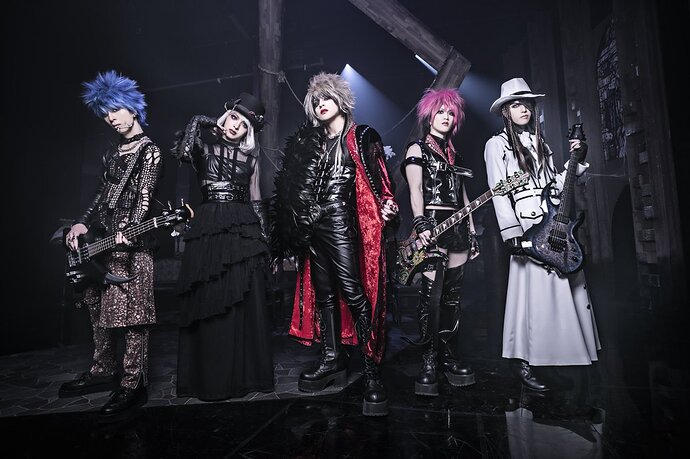 Their first song, MV should come out on the 19th

Now i have to say that all members of this group are members of the jpop groups The Rampage, Generations and Fantastics (and they all belong into the groups Jr.Exile and Exile Tribe, sorry if thats confusing)

LDH gone VK, Personally it feels strange for me. Then again its not the first time LDH has something to do with VK. Golden Bomber was in their High&Low franchise, we had Shokichi collab with sukekiyo. 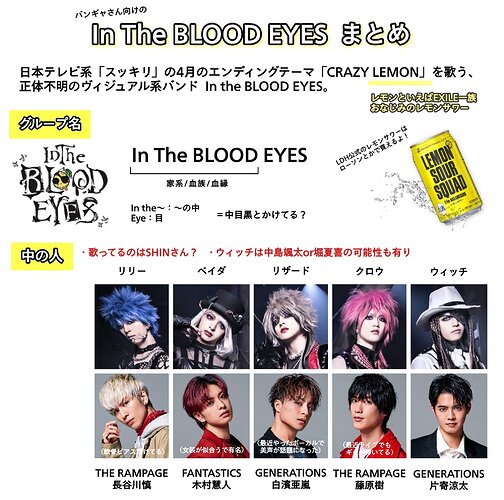 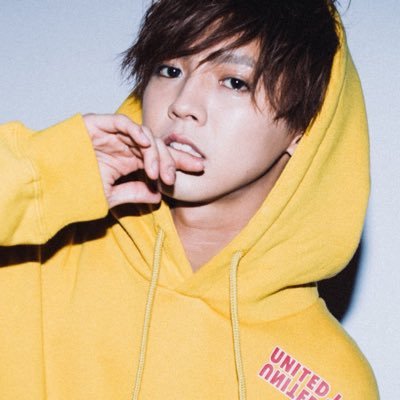 The ldh fandom is still teared apart on that one

didn’t matsuko’s show about vk just premiere like a week ago??? these idols cash in fast (and their wigs look fucking fried)

… so this is really not a april fools day joke?..

well… just like a week ago, sunkrad has introduced idol scene to VK budgets.
let’s see if those dudes get some majob jpop label coin to flow into VK again!

so far they look like clowns, hyde cosplayer aside.

Looking at the picture and the info on vkgy, it looks like they’re only a parody band (shocker) formed to promote the LEMON SOUR SQUAD alcohol drink.

When you say “poster”, do you mean that image above? Because I don’t think that’s anything official, it’s just compiling info from peoples’ guesses about who the members are.

I don’t mean to say that the info on it is wrong, just wanted to clarify that it’s not an official “poster” promoting the group. It’s just like a chart someone made to explain the fans’ theories.

Are you sure that’s not Shin and they are just posing as him singing lol. That’s totally Shin’s voice and vibrato pattern.

It literally says (Is the one singing Shin ) on the description in Japanese on the 2nd pic so…dont know about the other 4 but its definitely same Vivids Shin for vocal lol.

I am guessing what they are doing there, these 5 people could be promoting an upcoming band, they maybe doing a mimic for the show (ending clips of スッキリ) ?

According to what @Yukami posted , 白濱亜嵐 is a dancer / singer from the groups EXILE and GENERATIONS, as well as PKCZ® , you can hear his voice in the below MV, it is way too different than in the BLOOD EYES’ Crazy Lemon if that’s the same person.

Here is a Japanese blog guessing who they are in the band, now I am extremely curious about this band, I still think the vocal is SHIN (Could he be featuring as the vocalist ? IDFK) 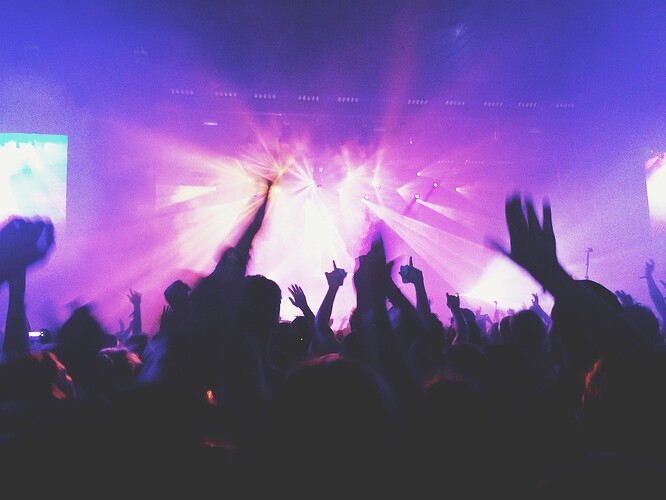 Their single will be out on the 19th of April (perhaps more than a crazy lemon).

After reading from both view points, there is something i do suspect

The twitter says it will be an opening for a tv show (or drama?). Now if you know the members, they all did act in dramas, tv series before.

So my take for now, is that the song might have been actually done by VK musician, but those guys wasn’t allowed (or didn’t wanted) to end up and act inside a drama (a whatever). So they took the LDH guys to act as a VK band for show.
It might also explain why they opted for some out-of-fashion vk look, that has definitly taken its inspiration here and there.

I like the groups they are actually inside, The rampage, fantastics and generations. And that project/band tears me apart.

白濱亜嵐 is a dancer / singer from the groups EXILE and GENERATIONS, as well as PKCZ® , you can hear his voice in the below MV, it is way too different than in the BLOOD EYES’ Crazy Lemon if that’s the same person.

Glamorous was the only song till we heard Alan sing. He is usally only performer/dancer for Exile and Generations.

I agree there might be something to do with the show, interesting thoughts, let’s see when the single releases, and music video, maybe more info will flow out.

The second guitar is definitely Natsuki Hori, not Ryota Katayose, as some fans thought.

Will they actually playing the instruments (if there is live?), looks really awkward of posing and acting in the MV, and the comments are interesting on the video.