New band “SUGAR IN THE CLOSET” has formed. 1st album “You don’t know yet how to taste seasonal change.” will be released in June 2022. 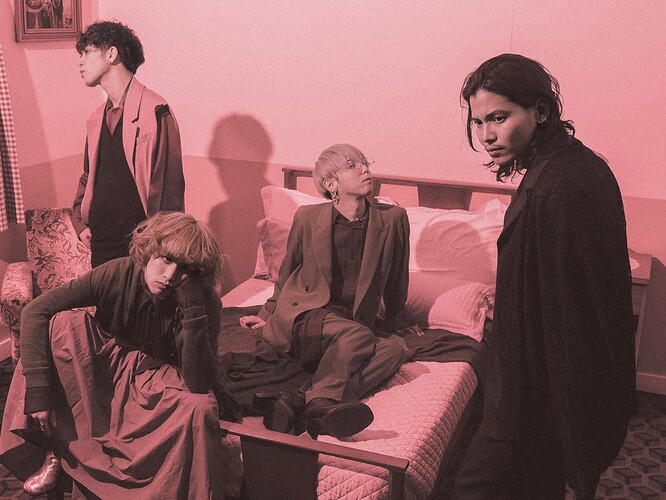 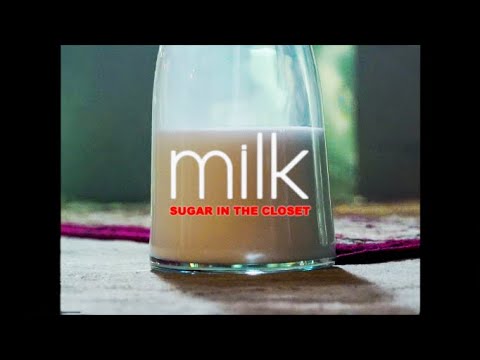 Continuing with the traditional strange english names~
Not my thing, but they sound okay

I actually really like this. The guitar riff has that predominant late-'90s bluesy jangle pop tone/vibe, and the video seems to have taken inspiration from that era too.

this is actually SUPER GOOD

The music sounds quite alright tho! Surprising to see it’s ex-vk bandmen apparently.

Sounds great! They still look kind of visual, just softer. TBH this isn’t too far off from a chanty/nue/nurie/umbrella type of sound.

Oh it’s that Kai. Wow, another band he’s not going to do anything with. TRNTY D:CODE aren’t even disbanded somehow, I guess 39 owns it or something. So this is Pentagon minus minpha with Kai on vocals, huh. Eh, not my cup of tea.

“SUGAR IN THE CLOSET”

Yeah, now I want a coupling release with Chanty

This is an odd combo and unexpected. Kai usually were in bands that were dark and metal. This is surprising.

It sure is nice, but with pretty much all the notable mid 2010s boys going softer, there is not enough heaviness going around with the new blood

later this year, it wouldn’t surprise me if Issei were to come out with a smooth jazz outfit, to scratch that kind of a drumming itch.

Vo.Kai has left the band on 10/14 due to musical differences. The band will continue activities. 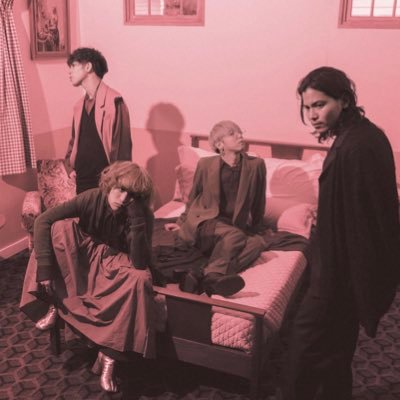 SUGAR IN THE CLOSET 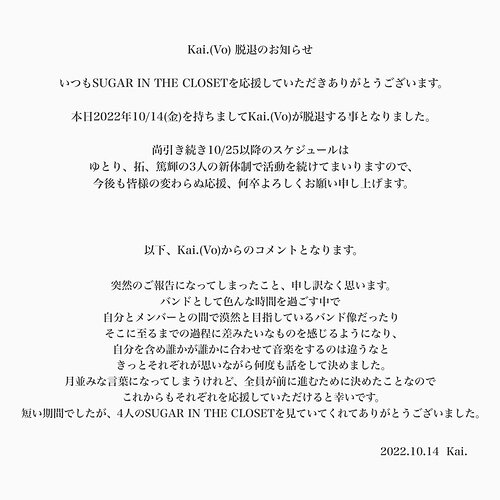 their album is pretty good, nothing groundbreaking but super chill… you can catch a glimpse here and there of pentagon vibes

hope they find a new vocalist and keep going

Oh it’s that Kai. Wow, another band he’s not going to do anything with.