I’ve become a pretty big fan of post rock over the last 5 years. There are some amazing labels that have a focus on post rock bands like Elusive Sound, Dunk!, and Translation Loss. I’ve particularly grown interested in the blackgaze sub-genre with bands like Show Me A Dinosaur, Somn, TRNA, and Olhava. These bands tend to rise from Russia, which given the icy landscape may be a driving source of inspiration for these bands adopting a more aggressive approach to post rock.

One of my recent favorites, Olhava, just released their new album today “Frozen Bloom” and it’s quite excellent. A mix of black metal, post rock and drone.

Here’s a sampling of releases I’ve grown to love:

We Lost The Sea - Departure Songs

thank you
I will look into this genre for sure.
Olhava seems to be cool.

I used to be a huge fan of the whole “blackgaze” thing, but as it became popular it pretty much turned uninteresting. Not because all the music turned bad, but because you had to check out 49 awful bands to find that one good. The exact same thing happened to the whole “pizza thrash” trend of DSBM trend as well. Or the OSDM trend. It just takes so much work to find that one decent/good band, and at one point it just isn’t worth the time it takes to check it out tbh. It happenes every single time something gets trendy/a revival.

I do still follow Alcest and Fen tho, and they both keep releasing one amazing album after the other. Especially Alcest has kept the quality of their releases incredibly high ever since their demo. Shelter was a disappointment, and it’s still a solid 8/10. The rest of the discography is like 9,5/10 and 10/10 for me.

Fen’s generally a 8/10 band. Thought their last album was a huge disappointment, where they kinda let the black metal take the backseat and focused more on the post-rock and progressive elements. Thought the whole album lacked atmosphere and was messy as hell.

I love Amesoeurs, nice mixture of black metal, shoegaze and post-punk elements. It has members in common with Alcest and Les Discrets.

Is this thread for post-black metal and blackgaze only, or black metal in general?

All of it, but they’re the same honestly.

That’s fair. Had the same experience with synthwave. People tend to ride the wave rather than invent something new. That’s why I’ve moved onto following labels, particularly smaller ones, as they’re generally consistent with the type of music they release and have a higher standard for quality in my experience.

Alcest is excellent.They really don’t have one bad release. Yeah Shelter is the black sheep but I even like that one. Spiritual Instinct and Kodama are such a stellar releases and are probably my favorites (along with souvenirs…)

I’ll have to check out Fens, haven’t heard of them.

There is the general metal thread but i don’t think it matters. I put “black metal” in this post title since a lot of post rock/ gazey, etc. music also straddles the line with black metal.

Check out their self-titled as well, if I remember well it was recorded before Neige joining the band it was more raw than the other releases. 10/10, the vocals were so harsh!

I am a fan of harsh vocals

Thanks for the rec!

How about Harakiri For the Sky? Very good Austrian post-black metal clearly inspired by Lantlos, Amesoeurs, Anomalie, Woods of Desolation, Alcest etc. I have not quite been able to get into Mære (which happens to feature Neige on one song), but Arson is phenomenal. Dark and bleak, yet kinda uplifting and catchy. 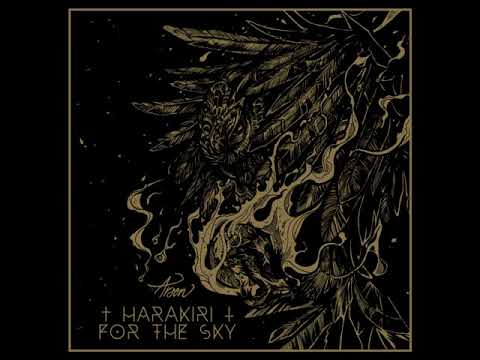 New first album from a French band called BRUIT ≤. I listened to their EP a couple years back and it had my attention. This is more or a less an expansion of that.

Most of the album is actually more on the quieter and neoclassical side, but the first track is a heavy hitter. The drum work hits with precision and they do some pretty cool stuff on the mixing side that makes the music very dynamic.

For anyone who enjoys Alcest, Lantlos and Les discrets, Heretoir is a must:

They are friends with Neige and he had a feature on their album.

That’s a great thread I see myself contributing to a bit more in the future but for now, let me share the first release of Mānbryne. It’s a new project featuring Blaze of Perdition’s vocalist.

Came across this on bandcamp and really liking it. Good atmospheric black metal. This track packs a punch though. It’s like a Cloudkicker song.

Been spinning some Lamp of Murmuur today, their latest album is pretty neat! Has a bit of goth / dark-rock spice to it sometimes, as it can also be guessed from the Sisters of Mercy homage-like cover art, haha.