Mentioning the visa card: YOSHIKI is not a musician anymore, he’s a brand.

Like people already said, he had his time in the late 80s and early 90s, got really famous and made himself a name. Then he started doing stuff like producing DIR EN GREY in their early years, but musically… that’s it. Making hide’s story and especially his death about him probably even helped that a lot. He’ll show some clips of hide at his show and hide fans will come too, yay money!

Yoshiki visa card, Yoshiki Hello Kitty,… you name it. Franchises like Jurassic park or Pokémon only make a small part with the actual thing (movie/video games). It’s all about the merchandise. And seeing how obsessed hardcore fans in Japan are (especially when it’s about Yoshiki!)… they’d buy anything, even condoms designed by Yoshiki (and I’ll delete my account if they actually exist).
He just puts his face on something and makes money with it. Zero effort, 100 stonks.

I definitely get it. It’s pretty genius actually how he turned himself from a good drummer in a small niche genre into a full-on brand. I’m just flogging a dead horse by bringing it up here since I think most people are who are fans see through him and would appreciate the endless absurdity.

With that producing of Dir en grey, my one and only source years ago who shared details about Miyavi and Skin told me that Yoshiki basically forced himself into that producer role with Dir en grey and did very little despite his name being plastered big on the ads. He just basically wanted to start producing more and Deg was a nice resume piece. In the end, Shinya loved it since he’s forever a fanboy but Kyo hated the whole idea of it.

And it seems that Yoshiki did trademark Violet UK condoms. Who knows if that was just vaporware like the album:

VIOLET UK is a trademark and brand of Hayashi, Yoshiki

Are you implying that he gets a cut of royalties for all of Luna Sea and Glay’s albums throughout the 90’s?

it’s in that interview…

TDR: So, are you saying – waitaminute – that selling a band to a major label is a GOAL of an indie visual record label? Did you mean to say that? What exactly gets sold when a band leaves the visual label and moves to a major?

he also suggests that Yoshiki is the unspoken head of the visual kei industry in general (which seems true judging by Miyavi landing a rakuten ad jingle contract after he parted ways with Tomomi + I’m pretty sure he keeps supporting Miyavi’s modeling and acting career abroad by handing him to the right hands) + judging by KPP popping up on his youtube he does promotion with major jpop acts now, whereas D. Tommy is the head of the free-will affiliated label chain and only does VK/metal stuff.

DADA’s (VELVET EDEN) hot takes on politics/turning out to be a Trump supporter: 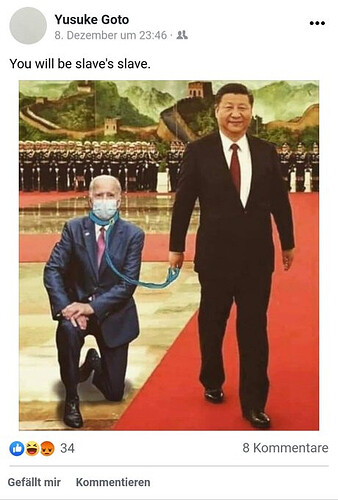 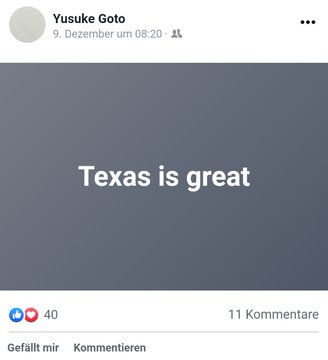 Can’t say I agree with that last one (I live there). Dada also said he hated foreign fans and there’s other bad things alleged about him and young foreign women. It’s a pity for anyone who enjoyed Velvet Eden.

I think I know who one of them is (or it’s an unrelated one) and it still makes me quite angry to think about. Especially when people praise the ones who were the bullies.

Daisuke’s passing was so sad. Tragic mistake. What an amazing vocalist he was, not just his voice but his entire stage presence was awe-inspiring and definitely a big inspiration and influence. And then Zill passing ~2 weeks later had to be awful for fans of both bands too

yah its weird especially since I know some of them loosely. @_@;;
“oh we are sad he is dead.” appeal is really cringe knowing the facts.
I think it is really strange how that culture of bullying carries over into power harassment as adults.

Ohhh I remember when the first pictures of that live were released. What could have been… I also found it weird that these Japanese superstars never performed in Japan
.

Based. I see nothing but truth here.

Also proud of my state

It’s a rakuten credit card that almost everyone in Japan has…it’s not a Yoshiki brand credit card. It’s just one of manu designgs you can choose. Hyde as one as well with another company and so do many other celebs and brands. Mine’s Barbie.

To you, what are some of the saddest stories in VK, not related to any passing away?

I think Mahiro’s degenerative eye condition is a pretty tragic situation. Since it’s genetic, there’s nothing that can be done, so his vision will just continue getting worse. Seeing old videos of how electric his performances were and knowing that he’ll never be able to perform at that level again just feels so sad as a fan, and I’m sure it’s painful for him as well. Since he needs to have his vision almost completely obscured to prevent eye pain and further damage, he can’t move around as much onstage.

Reading info from his blog and fan accounts, it’s also sad how he seems to blame himself for inconveniencing the band and staff, in the typical Japanese way, because they’ve been trying to find ways to adapt staging, events, etc. to help him perform comfortably.

Kiryu isn’t really a band that could survive without him, because his voice is irreplaceable and they’re very adamant about staying together overall, so it definitely feels like there’s a kind of timer running for the band to keep going, in my opinion. Everyone’s getting older, obviously, but with a medical condition that makes it physically difficult for Mahiro to be involved in band activities, it definitely feels like there’s going to be an “end” someday.

The release of 雪、黒業ニツキ feels super bittersweet, musically and visually, because of the softer, introspective sound and because that’s when Mahiro really officially started performing with the full blindfold as part of his costume. He had worn partial blindfolds during the previous tour, but with this release it felt like something had tangibly changed within the band. To me, the MV and song itself are somehow reminiscent of the beginning of a final chapter in a book, and that gives me big sad vibes.