Sailing Before The Wind 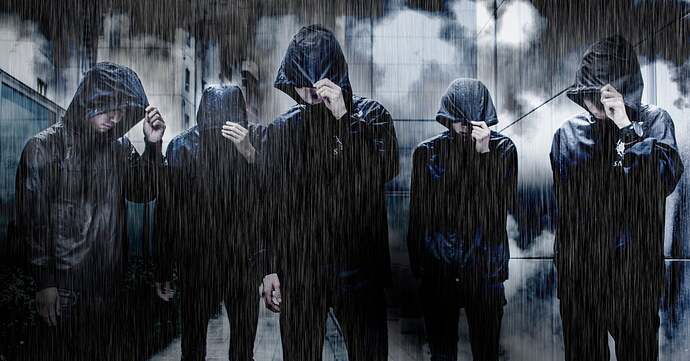 A bit of SBTWs history and Bandmember changes, translated from Bitoku’s note article (so things are written from his perspective):

Sailing Before The Wind was formed in 2011 by three people.
Originally, kneeya and matha started a deathcore band, with their friend and I joined as a bass player, but the band would end up disbanding.
The remaining three of us wondered, ‘What do we do now?’ So I wrote a song to try it out, got a good response from kneeya and matha and we decided to keep going.
……My memory is a bit shaky, but it went something like this.
So the three of us released our first record with two songs, ‘Horizon’. For some reason, we didn’t wait for five members to get together. lol (I forgot why) Horizon by Sailing Before The Wind

It was around this time that Takaya, who would become our guitarist, contacted me and said, ‘I heard your song on Myspace and would like to ask you about the member recruitment’, and we joined up. 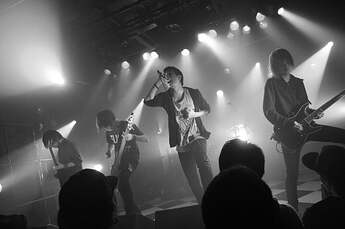 Immediately after Takaya joined, matha left the band to go abroad. The band recruits again.
Hitomi was an acquaintance of Takaya, and sHiN, who I met before in another band, joined us. Finally we had 5 people.

We still hadn’t played any live shows, but published the next release, ‘A Ray of Light’. It was a split release with the american metalcore band Goodbye Nevaeh. Now you can listen to it as a standalone piece (and with a different jacket) on Bandcamp. 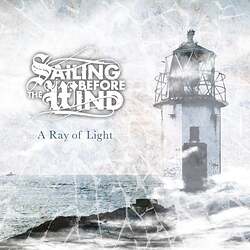 By the way, Goodbye Nevaeh’s songs were recorded at Atrium Audio. It’s famous nowadays as the recording studio used by August Burns Red, but at that time, I don’t think anyone understood the meaning of it.

After gaining some recognition through the releases, we finally went to our first live show. Wacky, the boss of RNR TOURS, helped me a lot during that time, from booking, drivers, interviews and more.
Around the same time, Judgement was released. A work that changed my life and it’s still changing me. 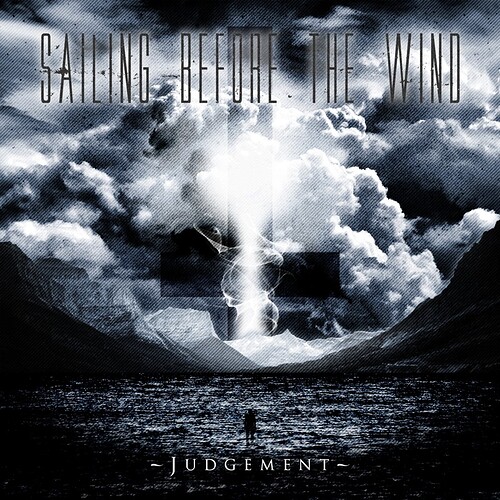 Judgement by Sailing Before The Wind 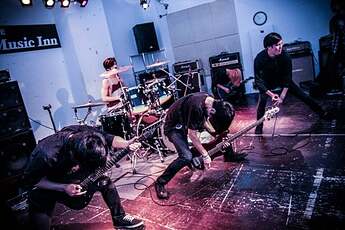 After that, Yuki and yoshito joined. It was around this time that the group began to travel outside Tokyo, to places such as Yokohama/ Nagoya/ Akita/ Kyoto/ Sendai.
But at the end of the year Yuki and yoshito left. Yuki went on to Mirrors and Prompts and eventually ended up later in Alphoenix, with me. Interesting 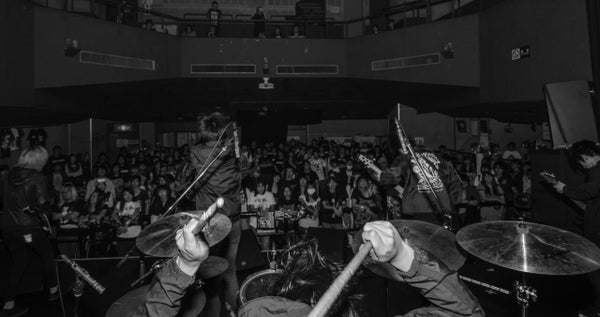 daichi and hiroaki joined the band.
We were invited by Kiba of Akiba to perform at TSUTAYA O-WEST(1) . I remember it vividly, because it was a venue that was clearly a step up.
Then in September, four people, except myself, decided to leave.
It was decided that I would leave too, but I ended up playing with kneeya and Takaya for a little while longer. 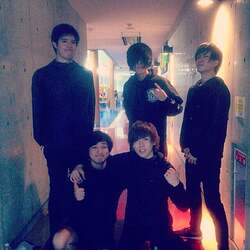 From this point on, the band consisted of three original members and two support members. No regular members were brought in for the missing ones, the support members helped out instead.

Haruki (Dead Horse Paint) on drums and Katsunori (CYCLAMEN) on guitar. This line-up lasted about two months.
There were days when the support guitar was played by Akishun from Starless Set Fatality. The time was a little different, but there was also a time when yuya from Obelisks played support.
On other days the four of us played live with just one guitar. Even if I had to withdraw from the group, I made a point to perform at every gig I was accepted to.
In December 2014, kneeya and Takaya had their last live performance. Here is the end of the line for the ‘band’. We decided not to recruit anymore so-called ‘official members’. 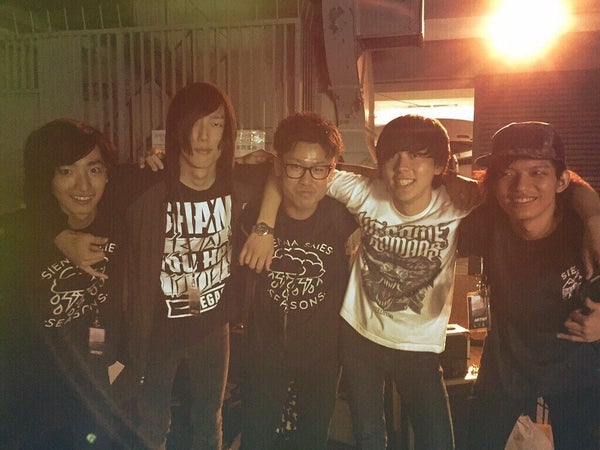 Even though I was the only original member left, Haruki remained as support drummer in the band. So I decided to look for the remaining three parts.
Through a network of acquaintances, I approached Ryoichi, Kosuke and Daisuke; Ryoichi was in Leave All Behind, Daisuke was in Dayfalls and Kosuke must have played at the same event, as us, in his previous band.
I just want to thank Haruki, because without him, I feel like I would have been stuck. His positive vibes had a tremendous impact on the other members. His achievements are huge.
That’s how the ‘myself + 4 touring members’ system began. But since they sing and play on the releases too, there is no correct word to apply to them. I also asked Haruki to check the drum phrases in ‘Sanctuary’. 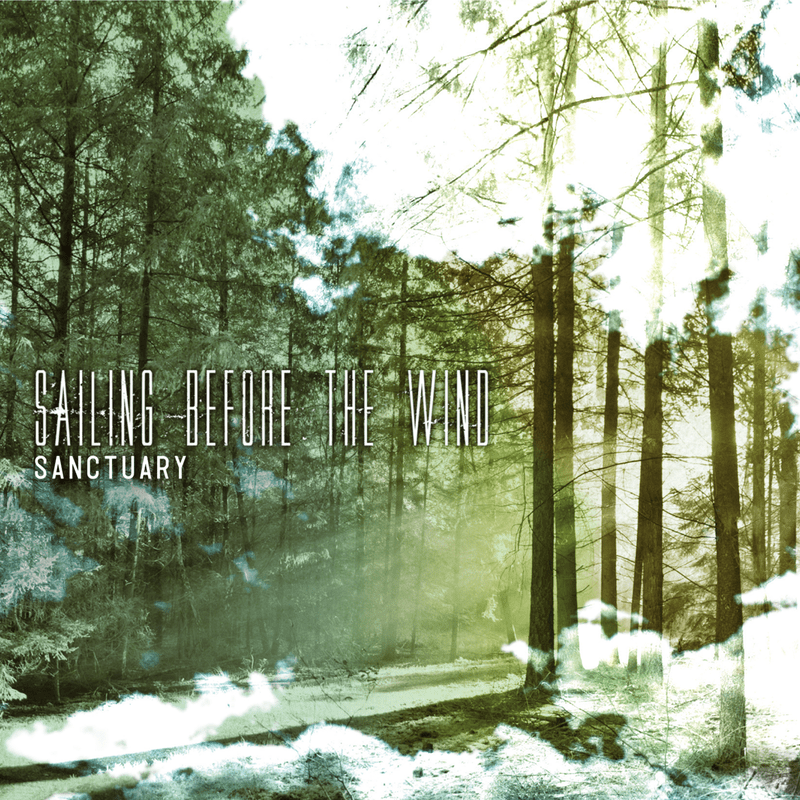 Sanctuary by Sailing Before The Wind

The fundamental thought that led to this formation was that the ‘non-musical’ part of the band activity should be done by me alone.

‘Reserving a rental car’, ‘arranging accommodations’, ‘announcements’, ‘arranging designs’, ‘Social Media management’, ‘send/return emails’… There’s a lot going on, but I do it on my own.
Then the other four can simply give their all to the music (live).
At the very least, I should be able to reduce the proportion of ‘non-music time’ in the ‘time spent on the band’.

(while saying that, there are many situations where I ask for help with general things… 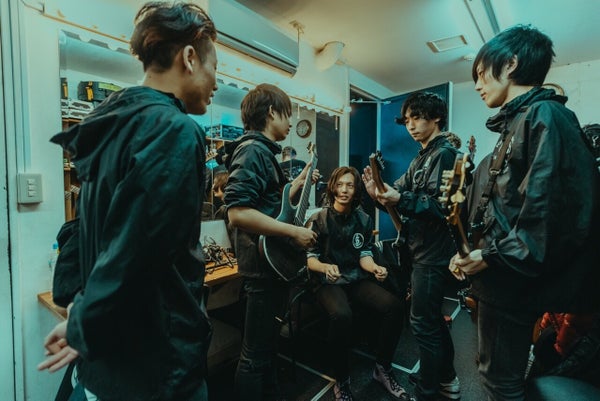 I also had Kazuma (ex-Region) save me once as a support vocalist.

Kairi (ex-Beyond Her Words) has often helped me as a support guitarist.

In June 2016, Hiroki from C-Gate became our main drummer. 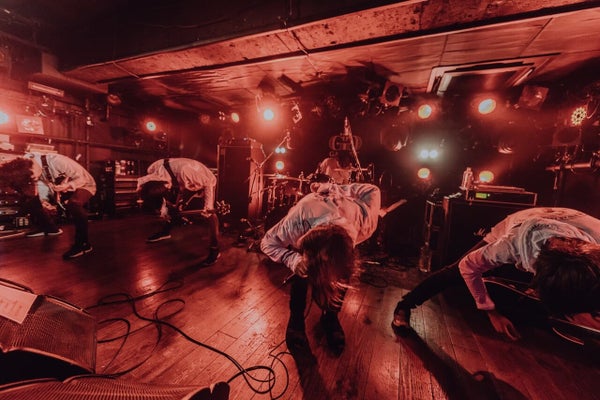 The band members remained the same and the live performances continued. Enter the ‘Revised Standards’ era. The formation that lasted the longest in the history of the band, surpassing the period of the original members in the early days.
. 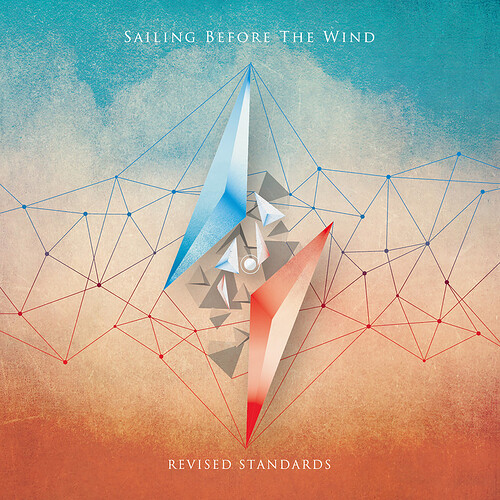 Revised Standards by Sailing Before The Wind 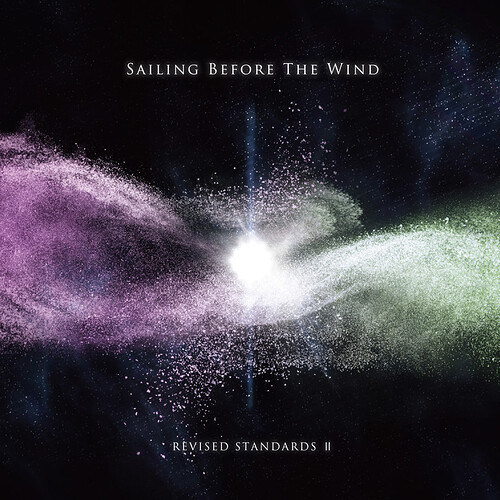 Revised Standards II by Sailing Before The Wind

After going through a period of desperation to ‘keep the band alive’, I finally got some time to spare, though it’s really just a bit. I asked them to arrange drums, we recorded together, etc.

I have an abnormal low skill in entrusting work to others, so I am taking one step at a time. 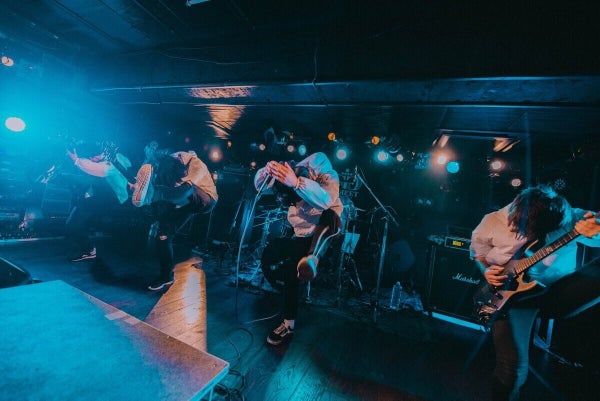 The year of the 10th anniversary of the band’s formation. Parallel to our live activities, we released a re-recorded EP, ‘Immemorial’. The re-recording was something we had been thinking ‘We have to do something about it…’ for a long time, like a fish bone stuck in your throat. I’m glad we finally did it. 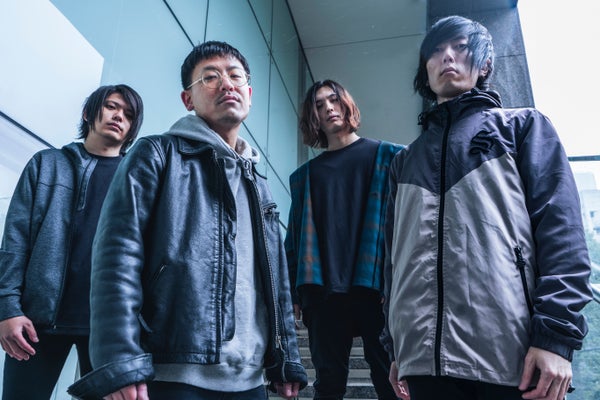 In March the band dropped another new single ‘One Step Over’ with guest guitar solo and sound engineering from Jonathan Thorpenberg (The Unguided). For some reason the song got a lot of buzz on YouTube, with over 200,000 views

In March 2022, guitarist Daisuke left the band. The longest line-up, that lasted about 7 years, ended here. Thank you for your hard work, thank you for everything.

It is not a hiatus or a break up, but it is true that we can no longer perform live. But we also can’t stop walking.

That’s why we released another new single ‘Neo Chronicle’. Despite Exile vocalist Jei Doublerice from Italy joined us as guest on the song. 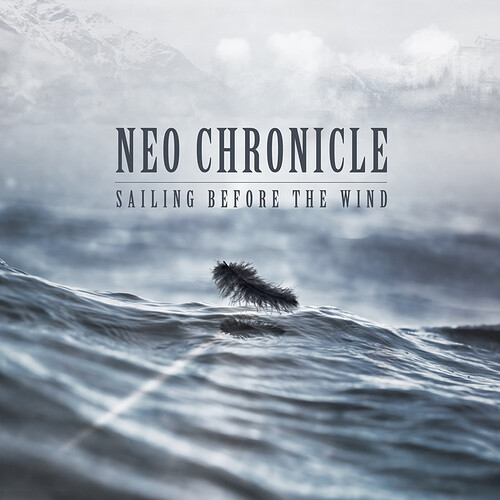 Neo Chronicle (feat. Jei Doublerice) by Sailing Before The Wind

As for the live shows, we’re looking for a replacement and trying to make it work somehow

…. To be honest, it is rare to find a band with so many changing members. It’s all because of me, the leader, I’m lacking in ability. But beside this, I somehow managed to keep it going.

If I give up, I will not be able to show my gratitude to the many members who have worked so hard for us. I wouldn’t be able to support the people who supported me.

First and foremost, I myself am thinking: ‘I can’t end up here’. How many times have I risen from the depths of despair over the past 11 years? 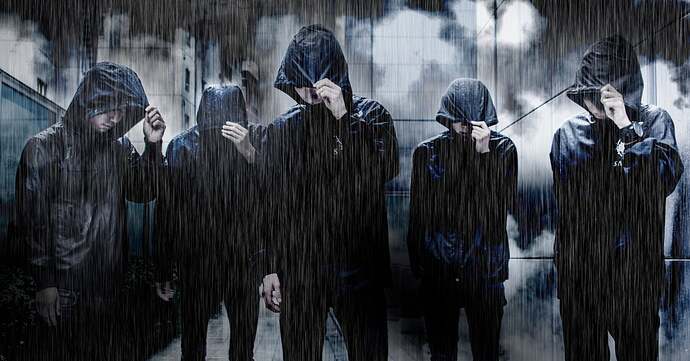 I translated the whole text with google and deepL and added fixes here and there. Please don’t hold this against me.

They had their first Oneman on the 22.10.2022.
Ryuto Ajima from Story of Hope was support guitarist.

You can find their whole oneman on YouTube here

On 28th October they published the single “Rain or Shine” 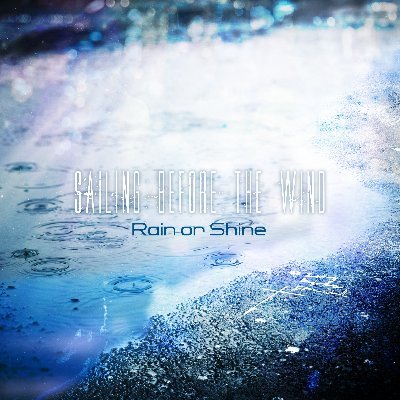 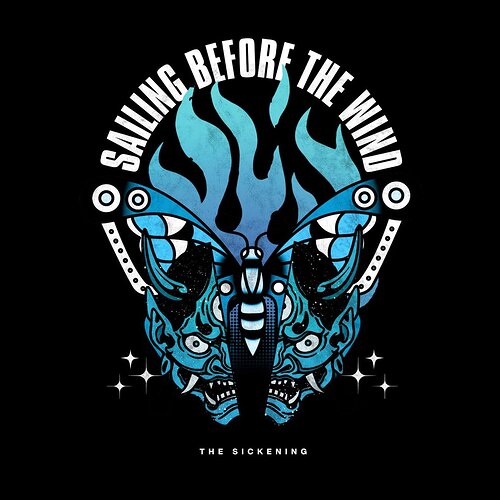 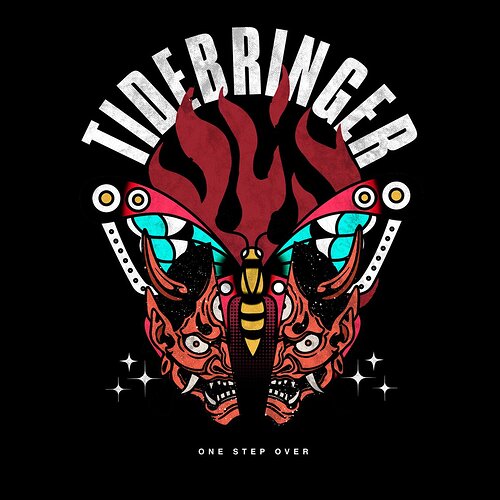 Thank you for the translation!

This is an absolutely insane amount of content @Rena!

Thanks for the translation and I now realize I went out on dates with the drummer from Goodbye Neveah, I mean I knew he was in this band but i didn’t realize he was tied in w this, I believe I have this EP

@TheHugeAnimeFan @zeus @Ascota i am a bit late, but thanks a lot for reading it.

I appreciate it a lot. (there are quite some hours of work that went in there)

Tysm for sharing this band holy shit I gotta check em out. Istg as soon as I saw “metalcore” my mouse went Z O O M

Thanks for reading it

Honestly same. HAH I didn’t realize things could play out that way. I was someone who attended a lot of shows in that scene, I got to know a lot of people from that scene too. Atrium Audio was a v big part of all the shows I went to during that time. The drummer from August Burns Red used to be in a band called This or The Apocalypse. The vocalist from that band is also in Ice Nine Kills.

I can’t say I heard about Sailing Before The Wind before recent times (bass cover postings), but that area has a lot of talent and it feeds into the DMV (Delaware, Maryland, Virginia) music scene. I was active in the DMV scene, and Baltimore used to get a lot of J-rock people.