Share your experience and nostalgia of software or OSs

just talk about your opinions or nostalgia on softwares or operation systems of computer, mobile phone, or any other electronic stuffs. if you hate anything and think they’re trash and very inconvenient to use, or you highly recommend something, shout out loud here!

I got my first PC in 2000, at the age of 9, its system is Win98. before that, I was a total console guy playing PC-Engine and Famiclone all day. I can’t say it’s easy to use, but everything is reasonable for users in my opinion. later, my uncle got a pirate copy of WinMe and it got installed. nothing much changed though, I still felt it was surely upgraded. winamp, msn, oicq, all good stuffs, and even some emulators like Snes9x since I don’t have a Super Famicom. then I became a FPS guy, Unreal Tournament and Quake are must! my computer went to the WinXP era but not too soon (around half a year probably), I fell in love with Windows Vista, my best fav. I’ll even rank it higher than any others except Win7 in Windows OS believe it or not. the aero effect is stunning, and I enjoyed Halo 2 a lot. I also started to use Foobar2000 and appreciate m4a (aac) format since then, under the influence of my cousin. and Vista is the final system of my first computer. R.I.P my dude 2000-2010.
before I bought a new computer, I rent a laptop from my cousin (another person) in order to keep my music collection ongoing in the university, he also gave me a flash drive (2G, Sony) as a birthday gift. what was strange is, the OS of this laptop is Linux. I can’t remember which distro it was, just very confusing to use but I got used to it. the desktop is very similar to Xfce (or it was exactly Xfce), and the file manager is terrific, much much better than default one of Windows. I also got to know open source softwares in general and of course, video games. OpenArena, Nexuiz, Cube 2, Glest, Warzone 2100, all great games. this lead me to the world of Linux distro in general.
after I got my own laptop, standard Lenovo G series and Win7 installed, it was time to experiment lol (how stupid I was, cuz I dunno the existence of Virtual Machine

) I’ve tried a lot weird ones, like BunsenLabs, HaikuOS, Mandriva, CrunchBang, etc, but my fav is LXLE, and I also became a FireFox guy since then. I don’t hate OpenBox, I just still prefer Xfce. when I choose a desktop environment while installing a distro, I always click Xfce.
anyway, sudo apt-get install thunar. yeah, Thunar is the best file manager for me. and now I’m using Win10, the other laptop is under the control of Win7 and LXLE.
actually this Win10 one was broken a week ago due to the disk error but my important files were saved under the help of Linux Mint and its default file manager Thunar, so a huge thank-you to Mint. 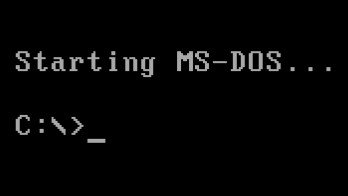 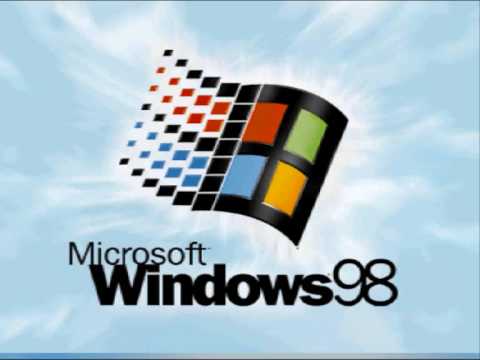 I was raised on a PC because my family needed PCs to work basically. We even had a MSX which I had no idea until recently because the PC I was on 24/7 was a Pentium running on Win95 lol I’d play games for children but also the occasional emulators (obsessively so), games like Tomb Raider, Maxis’ series, RCT, adventures such as KQ and MI … idk whatever kids played in the 90s. WinXP user here until 2017 lol. It does get super nostalgic sometimes, glad Neocities exists cuz thats how I find likeminded people when nostalgia hits. Some things like KiSS and MUGEN were COMPLETELY forgotten though, ha.

MSX is freaking awesome! it’s one of the best underrated home computers of all time, so much better than others at the time in every aspects, and it’s way cheaper than Sharp X68k speaking of Japanese home computers at the time.
I also have a little bit of nostalgia of Neocities, I remember Kamijo ever had a site there for his own label, Sherow Artist Society. Neocities is similar to the Japanese one, ip.tosp.xxx called 魔法のiらんど (magical island).
ever played some “mods” of Mugen “engine”. my best fav is a boss rush game of Castlevania characters since I’m a big fan of the series back in the days. 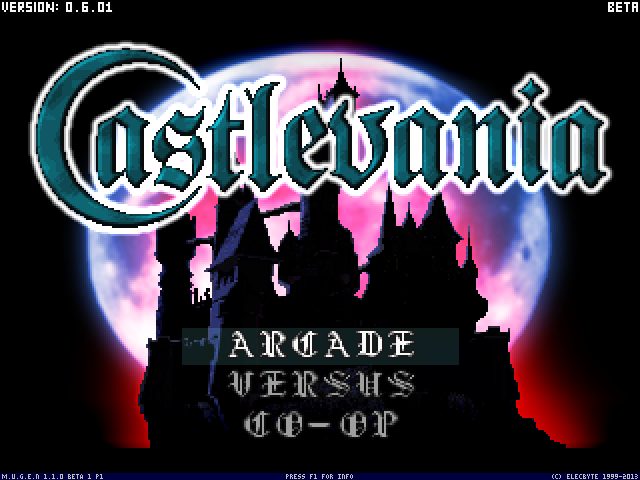 Castlevania Fighter is a M.U.G.E.N based/homebrewedCastlevaniagame, developed by Serio usingM.U.G.E.Nas the game engine. While the plotsuch as it is involves characters coming together from severalalternate universesandtimelines(before the release...

I grew up with Windows 98 and 2000 and I still hold that 2000 and XP were the height of Windows UI design.
I have classic shell installed with my own eclectic mix of Windows XP style UI but with the 98 logo on the start button lol. I tried modifying all the icons on the desktop but I got lazy.

Indeed it is! Other than the graphics I hear it was also highly customizable and all that. I have no first hand experience though. I can’t remember the computers we had though one of my earliest memories is age 4 - seeing a newly released iMac G3 in a store and asking if we could have one of those lol.
What, Kamijo had a website on Neocities? LOL This is news to me?! I don’t follow Kamijo shenanigans closely so I am surprised every time.
Ehh I wasn’t a Castlevania fan back then as I am now so I never played it, unfortunately. Looks great!

because unlike other home computers and consoles, there’s no company who’s the main responsor of MSX, Microsoft, ASCII, Sharp, they’re all under the free liscence like Pansonic and Goldstar ever did with 3DO as I remembered. and that’s one of the reason of high customization. I don’t have first hand experience either but ever touched the real machine, Korean version though.

seems like everyone love WinXP, I’m not surprised but I’m still not a fan of it. I could even choose ElementaryOS lol.
now I’ve been using this ubuntu based distro, Zorin for about 10 days, I’m still okay but without the support of Wine (yeah, it doesn’t work at all here!), QAAC and my free proxy are the two main issues I have so far… 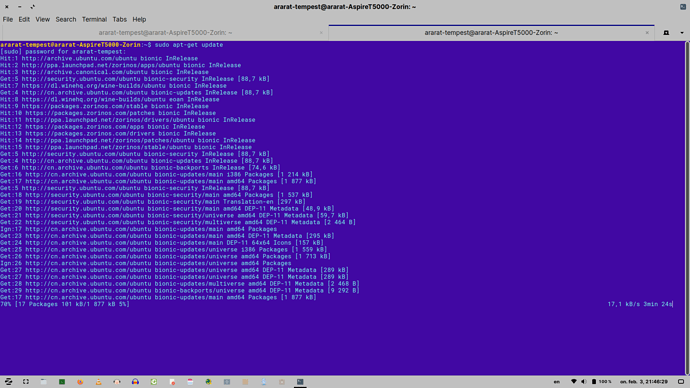 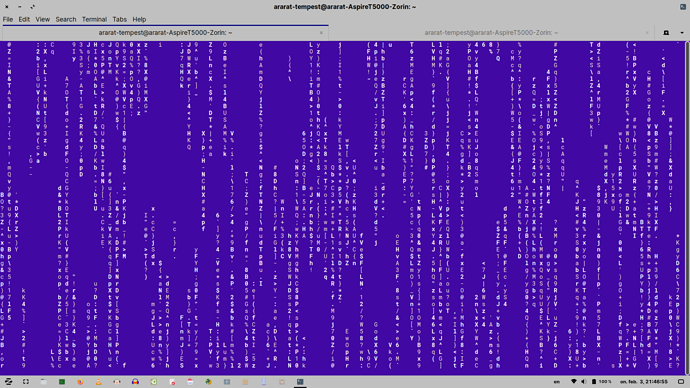 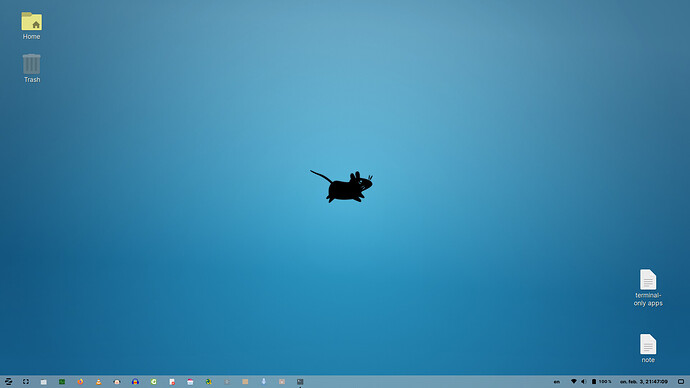 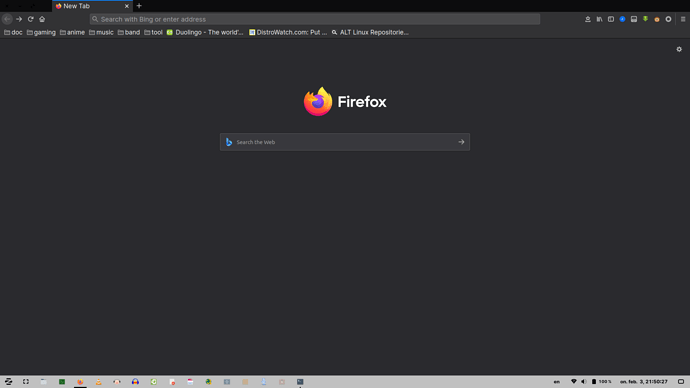 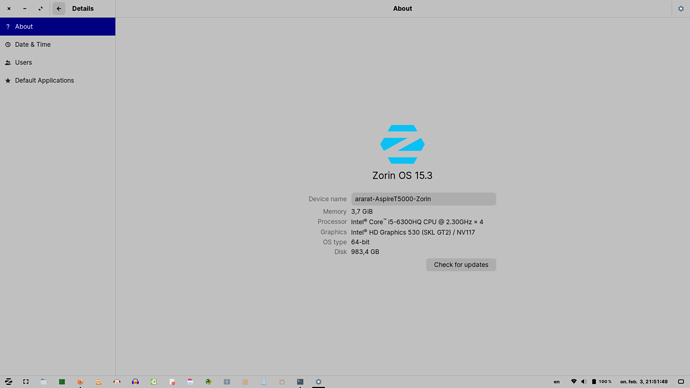 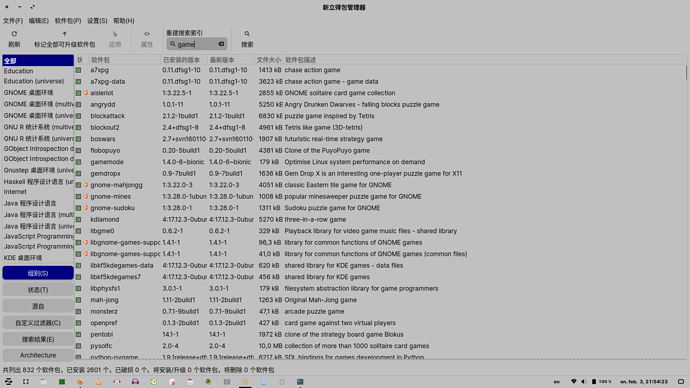 btw, is Red Hat so popular and convenient to use? seems like every linux user I know in China have somewhat experience of that distro, I actually even rather use BSD stuffs tho the desktop is kinda ugly lol.
well, before I use Zorin, I tried to install ubuntu kylin in fact, but after I finished the installation, it required the drive for network. I have to download one, but I can’t access to the Internet apparently, wat da hell. it’s like you wanna open a package for a pair of scissors and it needs another pair of scissors to open… lmao, nonsense. initially, I thought that’d be faster using natural Chinese resource for updating the packages, maybe, as I tried in live environment, but I was totally wrong, it was still slow as hell and there was actually no need for the drive of the network then. even more wat da hell 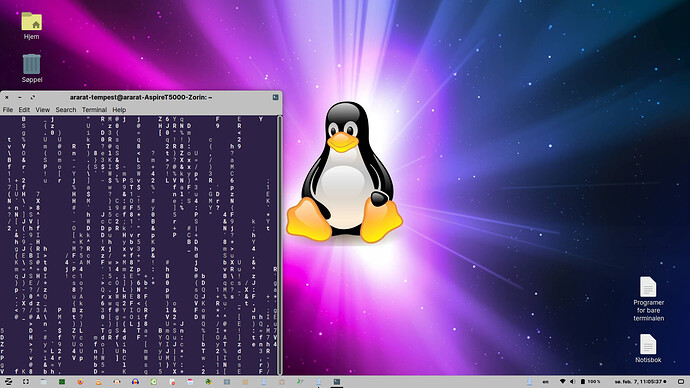 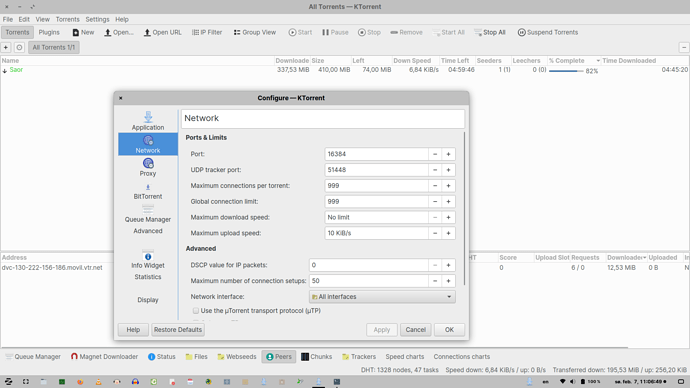 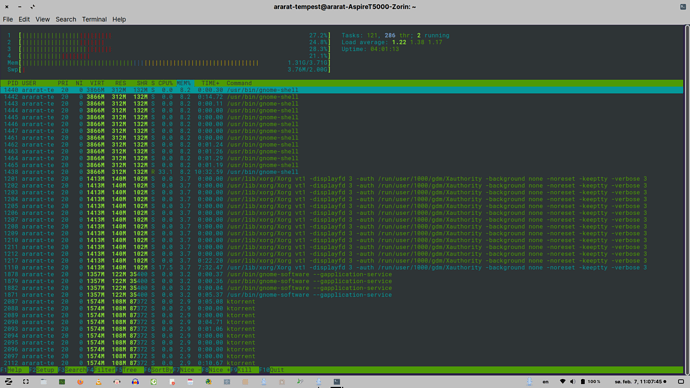 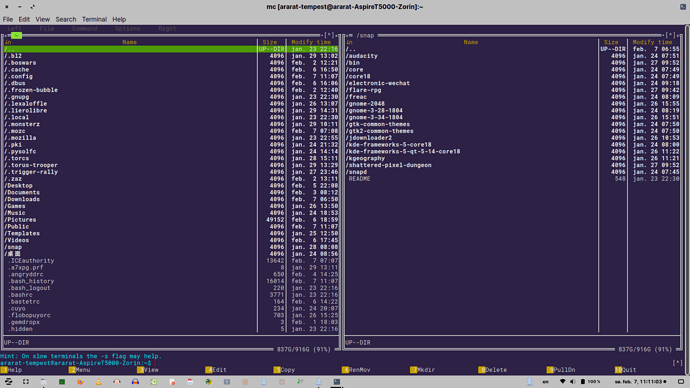 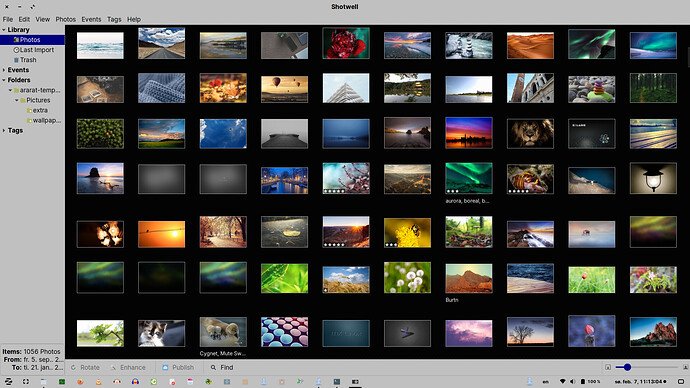 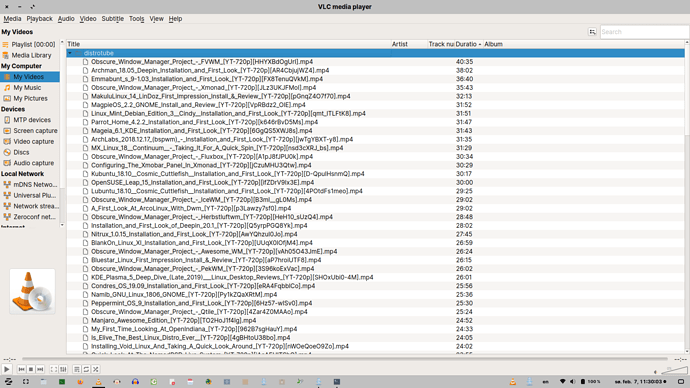 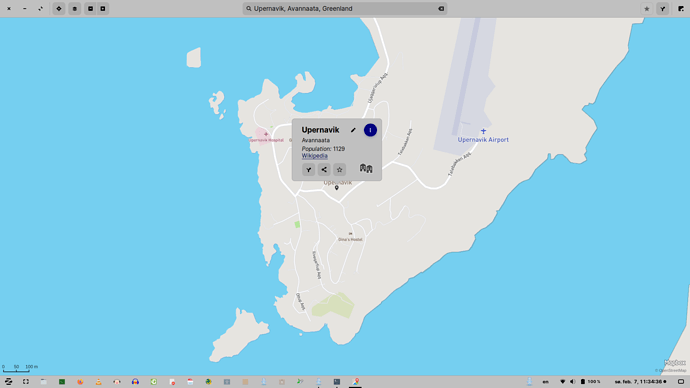 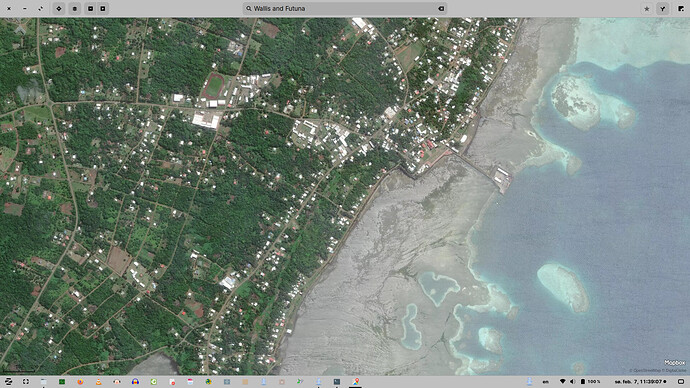 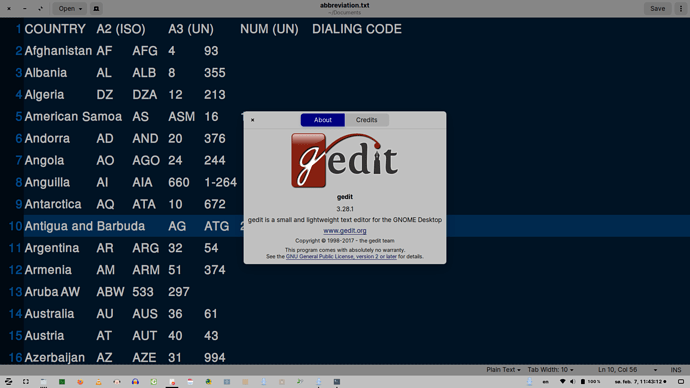 i was obsessed with kiss!! 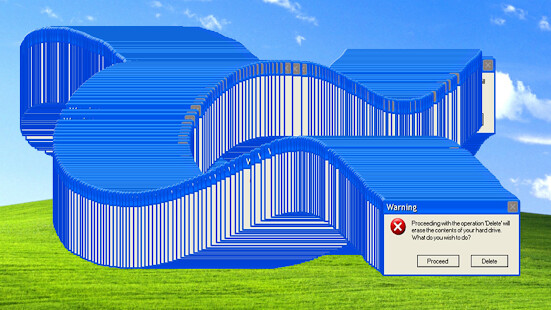 the error for ubuntu based system is much scary. every time it happens, it just makes me feels like I’d lost my essential files… can you imagine when you download something and use your file manager to ctrl+x or ctrl+c your stuffs, create new folders, etc, it suddenly closes and the system says “you’re not a user”, “you can’t do that, the system now is read-only”?

what even worse is, when you reboot, no desktop shows but immediately in safe mode, but none of the options work so you have to type command lines in order to fix an unknown problem every time.

yeah, this is my freaking computer.

Really? Congratulations on being the first person I met in like, ten years who knows what it is! (Not sure if it’s something to be proud of or just feel old but.)

hahaha, maybe a bit of both? i was amazed to see somebody mentioning it - all my afterschool time got sacrificed to it for a while.

I do know what you mean lol! I spent so much time and nowadays I have no idea how or why even.