Decided to make a thread for people to share any upscaled versions of older Visual Kei PVs, vids, or concerts! Since a lot of old content is at most a mere 480p DVD, or worse VHS, youtube tends to make them look like crap. Thankfully upscaling is coming a long way to help with this! Sometimes it’s still hit or miss, but so far it’s been really impressive and really improves watching these older vids on your desktop or mobile!

Here is one of my most recent PV upscales:

An example of a VHS upscale, they can be pretty difficult: 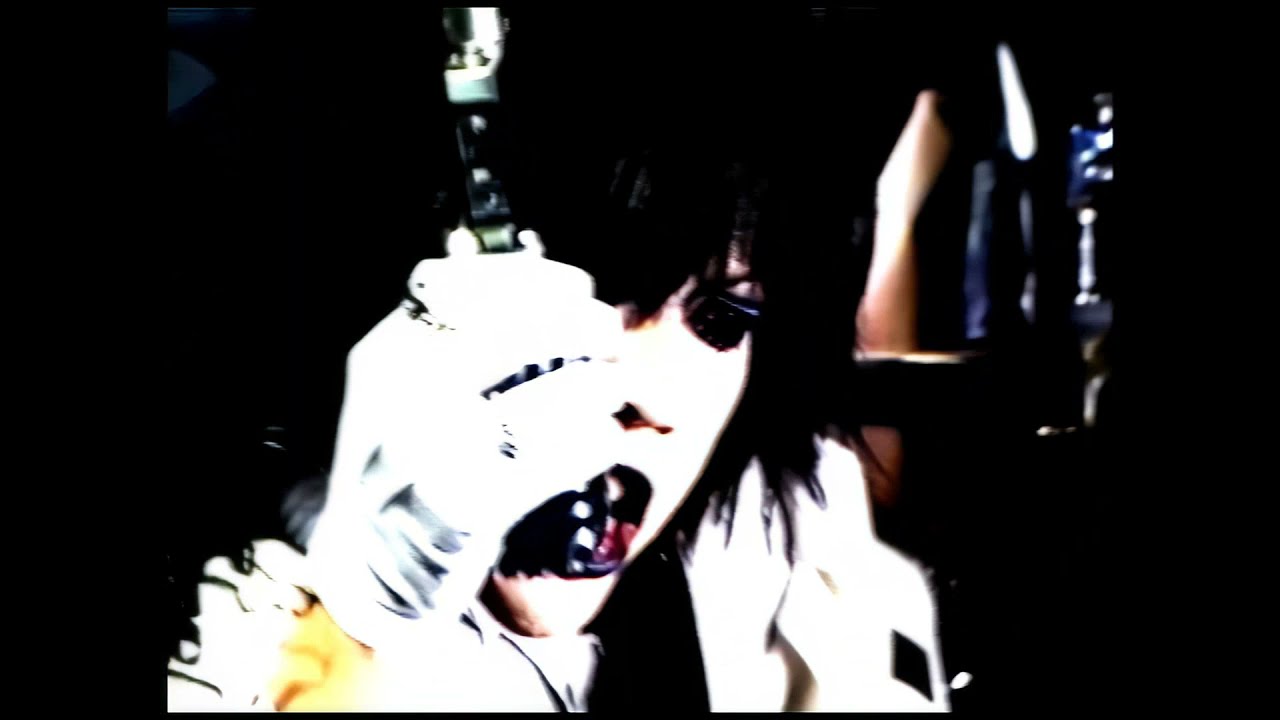 And a most recent concert (boy these take a long time to encode!):

I mostly do mid 2000s stuff like Unsraw, Kagerou, the Pumpkin Head. Here’s my channel: https://www.youtube.com/user/koutetsuhime/videos

If any of you guys also upscale old videos, I’d love for you to share them! It’s a nice way to both archive older vids but also update them for modern viewing

How do you guys feel about upscaling too? Do you think it’s worth it? Are you excited to see how much the technology improves over time?

What that means is it becomes lossy to play across universal media, if you want to get the highest possible results without making empty space on your hardrive
(what you’re doing is just that taking an lossy material and trying to make it lossless which just adds up more space, if you open spectograms you can see the hertz increasing through the CD 41k quality but it’s foggy, meaning it’s badly encoded)

I tried it but it just made the images sharper trying to block the blurs making it pixelated.
I only do it when I have a good scan or tip

As for ai conversion I use esrgan it’s pretty good so far, I like the user friendly tools nothing to fret.

Ah, I think there was a slight misunderstanding? I only work from the original DVD files. I just noticed that went I upload a 480p video, youtube loved to make it look absolutely terrible. So I decided to try upscaling from the source before uploading. It’s been coming out mostly pretty well, I think? I’m using AI upscaling through Topaz VEAI, but it still takes a good bit of trial and error to get the best results and sometimes you have to use secondary programs to deinterlace and what not ^^

Nice! I never saw this concert, so I’ll have to check it out sometime when I can!

Awesome! Thank you for uploading those Aikaryu PV’s. I lost my copy of Kyuuketsu

It’s the least I could do as a big Aikaryu fan! I’d like to do Gogo wa XX Aikaryu Video, but the quality of the original is kinda ehh… (and I don’t have VHS ripping stuff) Might give it a try anyway though ^^

Finally, Youtube finished processing this one. Here’s Fatima’s Humiliate me more, Darlin’ from the Zy-Force vol.1 DVD in 1440p! I tried pushing this to 1440 to get the VP9 codec on Youtube, as it looks a lot better than the standard one. ^^ 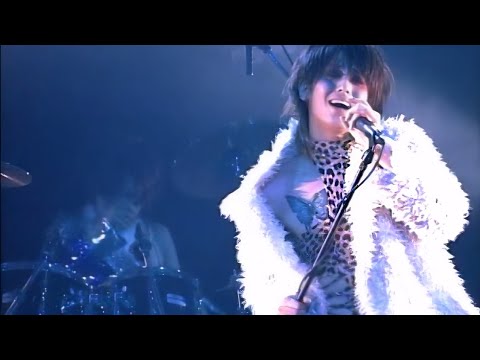 A 4K 蜉蝣 PV in memory of Daisuke: 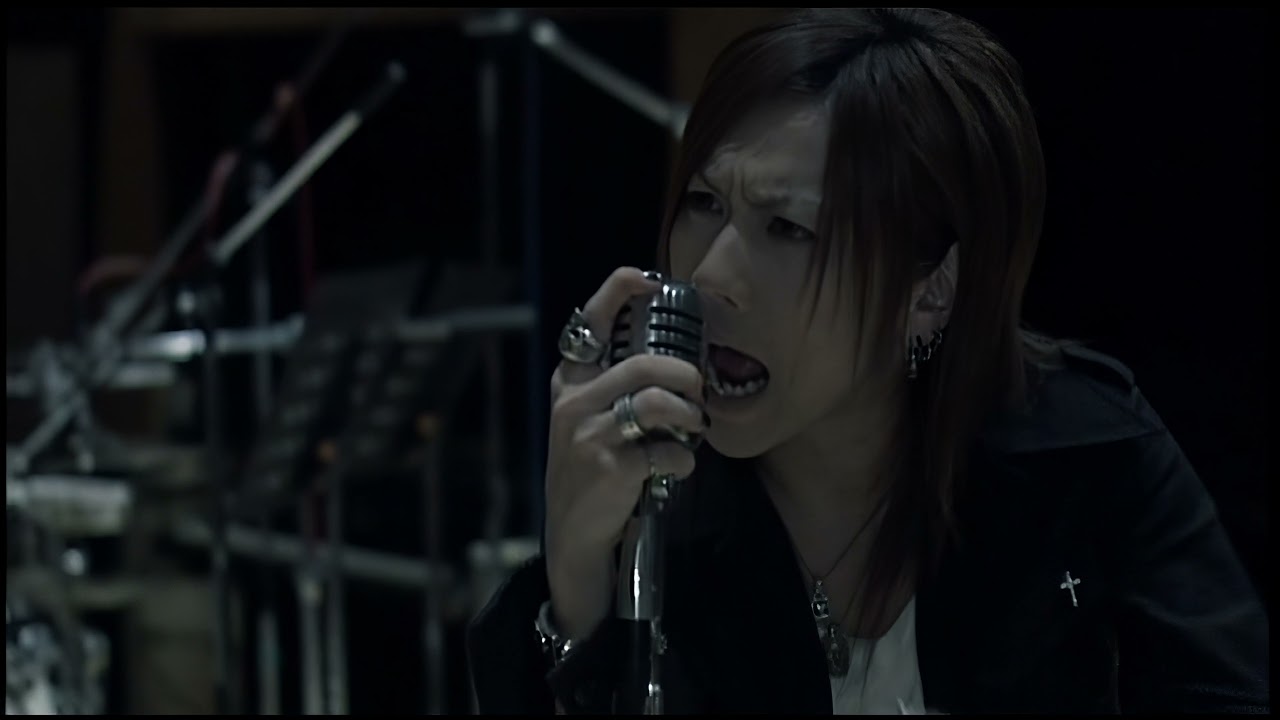 The documentary clip from Disc 2 of Fatima’s final live DVD “to Exit”:

Wish I could have cropped it closer, but the source material’s quality wasn’t so great unfortunately. Still better than ancient 480p uploads though

A little bit of older D’espairsRay from 2003:

From the same DVD, Shulla:

Trying to work on the Fatima last live, it’ll be up someday when I’m happy with it lol 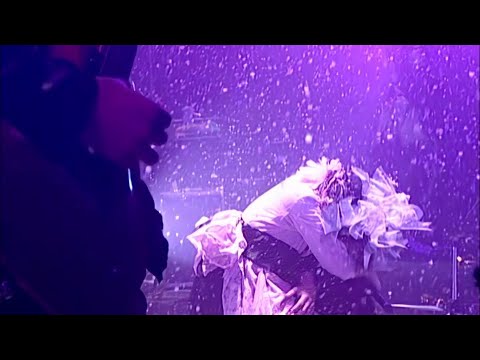 And there it is. It’s 2K, but I’d probably suggest watching on a 1080p screen. Ah, I love this band… And of course I had to use a screencap of the saddest part of the concert for the thumbnail. If you watch it, I really hope you enjoy it. I understand it’s a really really long concert though!

This is something I’ve done for a while on my channel, mainly with 480p content. I went from doing lossless rip → ffmpeg Bicubic, to Lanczos, frame-by-frame upscaling via Topaz Gigapixel AI, to their Video Enhance product (does the work for you). I also did 60fps frame interpolation re-encodes with SVP (Smooth Video Project) or combined with Optical Flow in Adobe Premiere Pro. While the frame interpolation helps in some scenarios, it’s mainly eye-candy that can often hurt the end-product with reduced clarity with visual artifacts, tearing, etc. If the audio is borked, I add the audio back in with ffmpeg so I don’t have to re-encode causing further quality loss.

Personally, I don’t think there’s any benefit going beyond 1080p from anything sourced below that resolution, and I’ve made the decision recently to stop doing frame-interpolation.

Here are some videos I’ve done:

[Same as above, but without frame-interpolation]

The above is actually upscaled from billibilli adding back in the original CD audio. There’s actually a ton of PVs that have been taken down on YT on that platform, so it’s pretty accessible material to work with.

One of the earlier ones where I accidentally left the audio with lowered bitrate, yuck. I took down most of the videos I’ve done like that, so I can just use Topaz VE.

that kagerou VHS is, like, legit museum quality restoration, it’s so incredibly clean! thanks for starting this thread!

does your software add in extra in-between frames by chance? some of these videos look way too smooth to my eyes, like they’re filmed in 48 or 60 FPS, which obviously couldn’t be the case with the original videos.

Thank you! (Also a big big thanks to Biopanda again for ripping the VHS too!) As far as I’m aware, it doesn’t. It’s 29.97FPS, and I always make sure it stays set to that + constant framerate. That one was tricky to balance cleaning it up and not being too smoothed over.

I use a combination of Handbrake and Topaz VEAI usually. Every now and then I have to pop something into Premiere Pro. It can take a lot of trial and error to remove deinterlacing and pick out the right model and settings to make videos work. It took 24 hours for the Fatima Live to encode, too… ;_; Might be faster if I had an RTX card instead of AMD, sigh.

If you’re lucky you can push it to 1440p or 4K (the last Kagerou one I did worked well at 4K but I doubt any others would). It totally depends on the quality of the DVD. One reason to try to push to 1440p if the quality is there, is becuase of how Youtube’s codecs work. AVC is a lot shittier than VP9. But you don’t get VP9 unless you’re super popular or you upload 1440p or higher. It irks me a lot. There’s been a few times the best I can do is 720p,too, because the original is just… that bad. Usually from VHS or really old.

I’ve never messed with frame interpolation or trying to push the FPS though.
Your vids look really nice! I think of the 2 Royz ones I like the 2nd one better. I’m glad more people are doing this! There’s certainly a lot of bands I probably won’t think about doing unless someone requests it, after all.

Right now I’m trying to work on another Fatima vid, but I have to replace the damn audio thanks to copyrighted classical music, damnit lol

Thanks to @reminiscing2004, I was able to get at least one NEGA video done and uploaded! Planning on grabbing that PV DVD when I can though~ 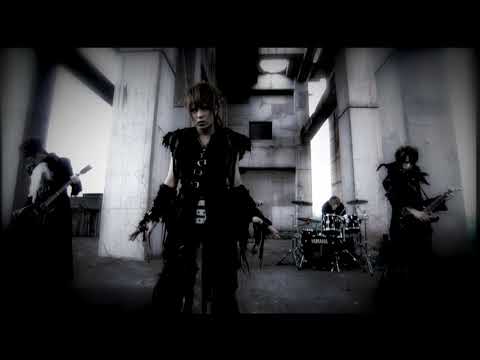 Also have 2 more the Pumpkin Head PVs ready. Still need to grab the Picnic DVD and that’ll be all of 'em~

A video showcasing a live history of Fatima (I will warn that if you don’t like fanservice, it’s not a vid for you haha)

I had to replace the audio too for copyright reasons. grumbles something about classical music being copyrighted I hope my choices were fine (Fatima’s Downer and Love Me)

I really thank you for these upscales i plan to contribute to this some time in the future when i get the money to buy the program. Im curious on what program you use?