Does anybody here have experience with the Vampire: The Masquerade tabletop RPG? I imagine there is a lot of overlap between people that like v-kei and vampires, I’m certainly an example of that.

On that note - I’m looking for one more player to join my online Vampire group.

I’ve been interested in it since the Bloodlines game came out, but I only recently started playing. The game I’m in is more written roleplay heavy than say a typical tabletop campaign (we do roll dice but not always, but we do gotta keep up with our character sheets too).

Do you have a favourite sect/clan? (Anarch/Brujah for me)
I have art of my guy here, His sheet

I’m curious if other people are into it too

For me it’s really hard to pick a definitive favorite, especially in regard to the sects because they are so different in what sort of roleplay they offer.

edit: by the way I love the art for your character

Daughters of Cacophony or Toreador second. Toreador are great! I used to consider Malkavian my favs. Trying to work on a Malkavian now but I’ve been drawing a blank on name or background for a while now.

I have a sort of love/hate relationship with clan Malkavian. To me they embody the darkest part of what it means to become a vampire, forever changed and broken. At the same time a lot of people, even some of the writers for the game, treat them as a total joke.

On a side note, my favorite artist for the series has to be Joshua Gabriel Timbrook. I love his style and feel like he really managed to capture, what in my mind, is the essence of WoD. 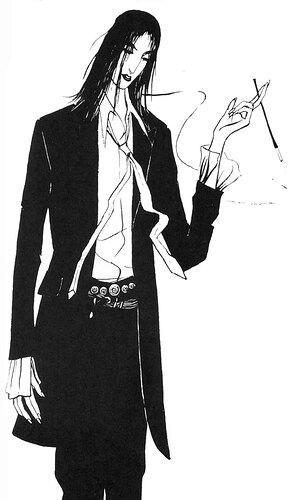 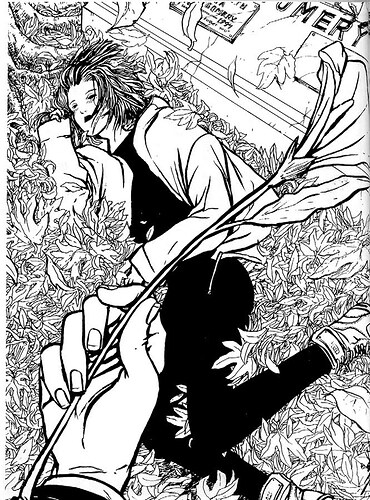 Oh I love these drawings.

I find Tzimisce to be more the darkest part (or maybe most fucked up?) A well written or played Malkavian is amazing though. Fish Malks are boring

I had a short phase where I really liked the Tzimisce because of the whole gross out body-horror thing (I also really liked Clive Barker at the time), but looking back at it they just seem like one dimensional monsters with none of the internal struggle that other clans have.

Lol same, though I still like the idea of it and like Clive Barker
I think you can add some dimension if you’re playing a former-Sabbat Tzimisce. But if you’re just playing them as spooky bad guy, yeah it’s really flat and boring