Visual Kei in other media?

I mean, other than music. I know there have been some documentaries and talk shows and guest appearances with actual bands/musicians, but I mean fictional stuff, and by that I don’t mean only fake bands, like in Detroit Metal City or shows that claim to have been heavily inspired by the visual kei scene but don’t actually show anything explicitly related to that, like Yu-Gi-Oh or some tokusatsu shows.

More recent examples and lesser known stuff vaguely resembling what I mentioned is this comedy movie called Maebashi Visual Kei, a silly af manga called Tamiko to Visual kei to about a high-school girl that falls in love with a 𝖁𝖎𝖘𝖚𝖆𝖑 𝕶𝖊𝖎 𝕲𝖍𝖔𝖘𝖙 (?) and an upcoming anime entitled Visual Prison about 𝓥𝓲𝓼𝓾𝓪𝓵 𝓚𝓮𝓲 𝓥𝓪𝓶𝓹𝓲𝓻𝓮𝓼 (ugh), which is exactly the kind of silly stuff I said I don’t want to see…

I don’t know what exactly you’d like to see, like a documentation? no one ever made anything like that, and if you find something, it usually just scratches the surface
If you search around here and on the back up of monochrome heaven you will find more than any show or whatever will probably tell you
Otherwise i recommend, ask about what you want to know.

Is there a English translated version for the manga :v?

It would be nice to see a movie/manga/anime/book/whatever about someone deciding to pursue a career in VK and then they just show you how the industry works, like, how hard it is to get signed to a label, the many different styles of VK, some history of the scene in general, as well as the competition between the bands and stuff like that, you know?

Wasn’t there a film with that plot which had the vocalist from SuG (and ScreW playing Wailing Wall at one point)? I never watched it so I can’t confirm.

It could be the old age talking.

I think this shit is talked over during interviews/artist biographies which only get translated when someone gets really big - I remember tumblr translated some of Kaoru’s biography in which he explained why they never went major-major on advice/suggestion from D. Tommy

the only media thing I can think about when I scratch my brain surface a tad deeper are the yoshiki documentary which is most likely pure self-glorifying cringe essence, and this hide thing, which sounds less corny judging by the recap someone wrote of it (and it also debuted on netflix at some point, but 404’d later) 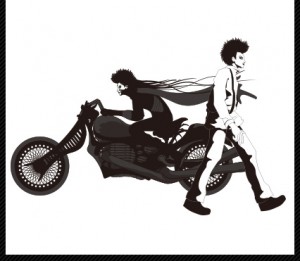 2015 marks the year Matsumoto Hideto – better known by his stage name, hide – would have turned 50 years old. To commemorate this, Headwax Organization embarked on a project to collect interviews from a plethora of people who were close to the late...

I also think that the scene itself was not anything warranting major movie producers interest back at its peak in 90s, and the reality of it is it’s fairly straightforward to join if you are situated locally and have interest in becoming a part of, and is also too niche and too shady for anyone to really come through with the spill because Japanese generally never rat out on their own kind for drama, with the only exception for tabloids.

those really could come through with the ugliest shit (iirc, it was a tokyo rag announcing Daisuke’s death as suicide first.)

i can only agree with @nekkichi

The scene is too small and too shady. That bit of mainstream media involving VK is basically a lot already, but sure they will only show the glam-side of VK, the side with the pretty boys that are single and you want to date them.

For the history of VK, you can find an interesting interview on JRock’n’Roll

Otherwise, what you’d like to see, no one has ever done and no one probably will ever do

The scene is too small

For a scene that is small, it brings out so much good music.

I can probably see VICE or Asian Boss get on this. I could totally see them interviewing Genki and covering the Mejibray saga towards the end of their era.

Thank you all for all the suggestions! Those do look interesting. I’ll look it up. Back in the day YouTube would recommend me that video of a dude hanging out with ACME, but I never checked it out. I will look it up, tough.

Does anyone have links to that movie? Has it ever even been subtitled?

I can probably see VICE or Asian Boss get on this.

please not vice, we already had a creepy MH troonny chaser harassing ishiki, that webbusaito won’t give vk scene relevancy outside of this exact type.

I also lowkey think Genki wouldn’t say shit about meji backstory given what he does now, and how silent both been aside from the “enjoy the real us music kudasai!111” pr shtick for 8sbp

Lin from Affective Synergy and Yuu from The Sound Bee HD made 2 videos for foreigners about how different parts of the Visual Kei scene work, specifically how a live is set up and how bands get their stage clothes. It’s just them talking in their home studios with English subs, so it gets straight to the point.

Yeah, that’s the one. Available with subtitles in spanish here: 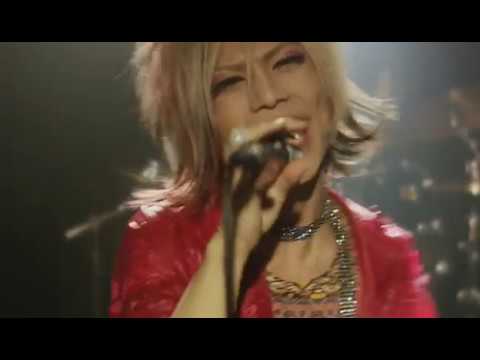 Damn… I really feel you…

Apparently there’s gonna be a vkei based anime. Forgot what it’s gonna be called.

Came across this and saw it didn’t have a topic here. The MC’s band’s name appears to be called OZ lol Elements Garden are a pretty talented group too and the original creator of this show is the president of that group so there is a chance the music could actually be good too (but I’m not getting my hopes up) Synopsis: Ange Yuki—a boy who wrestles with deep-seated loneliness and can’t fit in. With nobody to call family, he leaves his hometown. Longing to see an artist he admires perform, he …

The thread about the anime

I would pay big bucks for a Soleil and Matina biopic with a Key Party subplot. And proper ETERNAL representation.

The Legend of Black Heaven