I decided to create this fun topic. What are some visual kei mysteries everyone has. A band member gone missing never came back where did they go, Mysterious activities of band members, unknown name meaning of releases/lyrics

This topic includes mysteries that have yet to be solved in the Visual kei world. This also includes ones that was a mystery and was solved.

Note anything that has to do with lost visual kei releases refer to the other topic called “Jrock lost media” This is not intended to be related to that topic. If a release is missing or some mysteries in relation to that please post them there.

This topic for the following:

Any questions let me know

Here’s mine which is solved which gives a good example of the last point:

So I attempted to try and solve an ongoing mystery on what the title of a certain release for the band REVIVE. The release is called ゼアルマベラルミラ (Zeal Maberal Rumira). There were many questions surrounding this title. Upon the release of this single there were several questions on Monochrome heaven surrounding this release and some people replied with various different things but I wanted to see for myself. I reached out to one of the band members via Twitter. From what I put together is that it’s a spell word. After being extremely lucky in receiving a reply from a band member, I was super happy so I thought how could I figure this out. I then decided to scan lyrics from the CD I owned and did a decent translation of the lyrics.

What I found was interesting. Firstly, the vocalist sings this song slightly differently in certain verses but the result of the translation ended up becoming around the same. I guess me learning there are different kanji for the same word. It’s cool. I later learned that this word was created by the band as it doesn’t have an English basis and I even I tried multiple languages different forms of saying the word nothing.

So conclusion the word is a spell word like a chant or type of incantation related to witchcraft. Based on the translation of the song it is a love spell where torches are lit calling upon an unknown god and involves blood sacrifice. It’s pretty cool but also just shattered my original thoughts on what the word ment. The song is about love and sacrifice I guess the person went to an extreme measures and used witchcraft. Pretty crazy.

What are some of your visual kei discoveries?

I’d be curious about some mysterious deaths.

How DazzlingBAD manages to remain in business with those vocals is the biggest mystery that comes to mind right now.

The overt sexualization MASA and AYAHA, AYAHA especially is the only thing I can think of.

mystery: why vk bands never give their age or real first name yet in jpop all that is forever known since day one.

Mystery: what really goes on behind the scenes at labels/within bands. I’m from the west so I know things are different in the east but SOMEONE SPELL THE TEA!

Mystery: vk bandomen who died and my “it’s the illuminati” ass wondering if they got Epstein-ed by someone close to them.

Mystery: Whatever happened to 12012 getting back together? 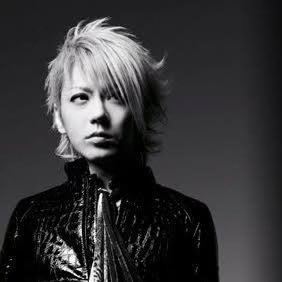 Basically says that they are active but slowly progressing. I remember he mentioned an release that they are working on but i guess it not official yet cuz there are prob problems with the band progressing i assume. So i guess its sort of a mystery why their progression is slow

Oh, really? I have no idea how that flew under my radar, that’s huge.

I don’t know if he’s been found yet, but Iroha (Vrzel) had disappeared. They say it’s related to a break up with his girlfriend. He also let the band know that he was leaving. Apparently even the police are tryna find him. I just hope nothing happened to him or he decided to end it all.

Any of u know any bandomen with similar cases?

Maybe he’s not really missing, but i always wonder where is Yune (ex-Gazette) is. i wonder if being pete simmons of Gazette turns him off from music entirely. I always thought he is much better than kai. (maybe if they gonna made a slipknot cover band, kai and yune could play together someday)

but i always wonder where is Yune (ex-Gazette) is 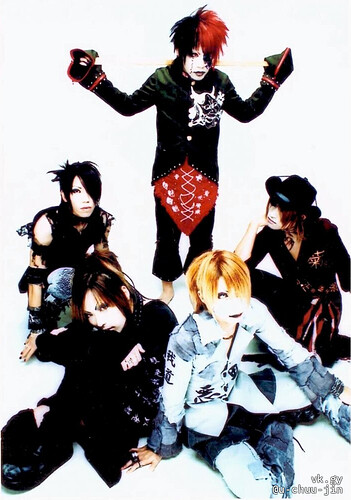 But only because i slapped only the VKgy link out

Any of u know any bandomen with similar cases?

There seem to be again and again Bandomen who go missing. When the band suddenly announces “hey we can’t find bandmember XY”

But if the police is searching too, i guess it means it’s something more serious maybe

アルルカン (arlequin) has announced that they have lost contact with Dr.堕門 (tamon), who had cancelled his appearance at the recent Bug Summit event on 9/2 due to personal reasons, and they have postponed the following upcoming lives for their 9th anniversary tour. The new dates will be announced at a later date. 9/4 Veats Shibuya 9/7 Nagoya Bottom Line 9/8 Umeda Club Quattro They will still have their upcoming instore events later this month with 4 members.

ロゼ (roze) has announced that they have lost contact with Gt. Rigu (吏氿) since 8/3, and he has also failed to appear at their live on 8/4. They were finally able to get in touch with him on 8/12, and he returned to performing on 8/13 at Takadanobaba Club Phase, but he failed to appear at their next live on 8/16 (Gt.Kouki’s birthday oneman live). In his place, Gt.Ryu (Lavitte) has been providing support.

(maybe if they gonna made a slipknot cover band, kai and yune could play together someday)

Who? A subtrope of Suspiciously Similar Substitute and/or The Other Darrin, wherein one actor is in a role or position, then is dropped (or leaves voluntarily) for another actor who is the one everyone remembers after the work/group becomes …