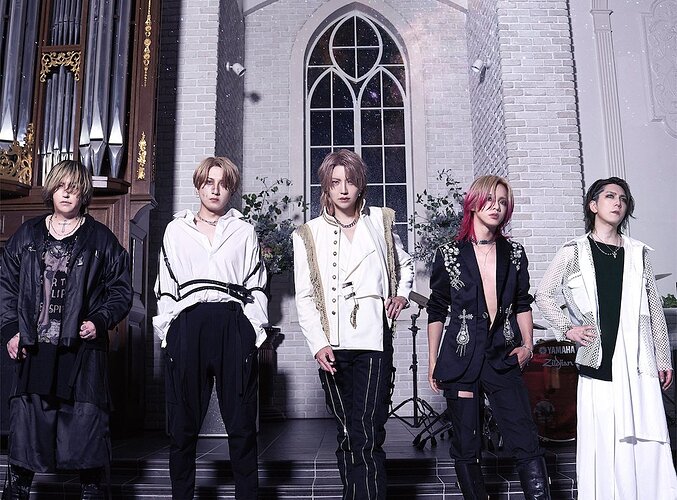 Nice to finally have a real full album after these EPs.
I really like the look and the esthetic of the PV.
I was confused since GRACE was already the name of their A9 compilation.

Very solid song, beautiful instrumentals the intro the breaks : good work. Not sure about the vocal part put it’s Shou being Shou.
It shows how underrated their recent carrier is.
They have their up and down but what a great band, they deserve more attention from people who still listen to vk imo.

Grace and Funeral are already 2 great songs, iam in and very curious about the other songs !

It’s Shou being Shou LOL, well Saga is basically vocalist 2.0 in this.
Not gonna lie, I’ve been nervous about their future. At the end of the day, I think a hiatus, either permanent or temporary, is much more likely than outright disbandment. Disbandment means people are leaving the old band behind and seeking out fresh partners, at this stage in their career/age, there’s hardly any incentive to do that. As you said, the name of the live, the end of voyage, Shou was teary-eyed today when he sang Waterfall, a song he once said they’d like for it to be a farewell song for their last performance. I was scouring twitter for people’s repo, and even during the after-live talk, he appeared pretty shaken up. His hands holding the mic were trembling.
Well, I’m still terribly fond of them and their music. If worst comes to worst. I’m glad I plucked up the courage to go to Japan and see them live in the last few years before the pandemic. I had a great time and I’ll always cherish the memories. It’s a tough business made tougher by the world going to shit. I’m sure they’re trying their best.

I find the PV… Too distracting? I dunno, it triggers some pretty major secondhand embarrassment for me

I actually dig the song itself. It flowed better than Funeral. Feels like a remix of the beautiful name and subette

This song come off as really low energy following that intro, and Saga’s backup is preventing me from enjoying it despite that lol

the look is absolutely incredible and Alice Nine has this tendency to show just enough unique instrumentation to convince that they can still write cool songs but then refuse to actually do it… My heart is in the right place, I swear!

The PV was … don’t know partly I liked it but also didn’t with all the slow motion stuff again and again. For me the beginning started dragging, it’s been taking too long until something happened.

The song itself also was so-so to me. I somehow liked it but then and even though I really partly tend to love changes in pace, accentuation and a lot more the changes within this one felt strange. I might get used to this though, if I listen to it more often. This is stuff that sometimes just needs to grow on me.

What I really loved was Saga also singing. I have a soft spot for two vocals so this was a really positive thing, I think. And maybe the only reason I watched and listened until the end.

Song is ok, i’m glad Saga listened to me and sing more for the band.

The PV could be very good but all those flash lights are overuse, make it a painful experience.

I’m so slow and just noticed the Autumn tour is called last dance act 2. Are we at Act 2 already?! Presumably Act 3 will be the tour final. Then what? On the other hand this isn’t the first time they scared the fans with ‘last’, just before taking back their old name. Come on my dudes, neither you nor the fans are young any more, we really can do without the suspense

I think either before or after could work really. Gemini + birth in the death is a full suite. The beautiful name + Grace is another.