man, the first time I saw this band I was high and went "Oh they totally ripped off DEG"o.o

Most creative band out these days… I feel sorry for the others bands.

Legit contender for my new favorite sukekiyo song, I dig everything about this.

Ok, finally I can say I have heard something new in VK

I stan city-kei, can’t wait for the next sukekiyo EP feat. Tatsuro Yamashita.

I’m not sure what to do with this information, so I’ll just leave it here… this is ジェラスガイ坂本, the dude appearing in the CANDIS clip at around 0:30. What a guy 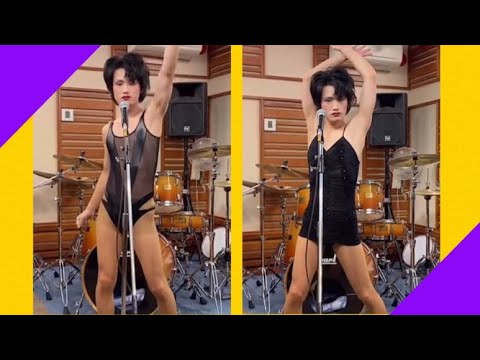 I guess, I should start skipping all their “female name” songs.
Gonna be waiting for Creeper to surprise me.
On the other hand, they definitely put a lot of money and effort into this clip.

“sukekiyo has now about 17 songs (in stock). I have interim singing for all of them. From there we had to decide which ones to release this time.”

and we got… three…

I don’t understand why they’re ever mentioning having unreleased material (I remember when lynch were talking about having to trim 25 demos to get a lynch album and they’re releasing a best of box that has not a single unreleased song on it), we will literally never see any of it materialize. it will be a ten track album, and Kyo will release the rest for his 70-th birthday poem book vinyl, sold for $1000 (limited 30 copies.)

I am really curious how this all is supposed to tie in with the next Dir en grey single/album schedule-wise as well.

I mean, they could’ve at least included the other demo tape songs on SALUS, not just Furesaseru.
If you buy the regular version, you get one (1) new song. It’s a cashgrab, disguised as a glorified single.
Glad I’m not giving them money for this shit, tbh.

I’m keen on the version with the bluray but totally agree otherwise. Like what’s even the point? Haha. Except the dollar obviously…

Not sure if they ever used it as a walkout song but there’s a very pretty remix of zephyr consisting mainly of piano, acoustic guitar and some synths, that’s been used during the credit roll of PERSUASIO.

Turns out “zephyr (Ending Ver.)” on SALUS is the exact same song.

The live footage on SALUS is beautiful btw - perfect song selection (with two of my favorite older tracks, focus and 鵠), some of their best performances and great sound quality. It totally made up for LUXURIA.

huh, I think on PERSUASIO, it was called “zephyr (Remix)”. Or at least that’s how I have it tagged…

I feel like “creeper” is like everything infinitum was meant to be! Infinitum was just missing something and it felt a bit too technical and all over the place (altho it’s grown on me) I think it just needed a kick like in this one it’s almost got gabber vibes to it I love it (as a raver I can appreciate it and it’s HARD), infitium did the electronic well but it needed some funky headbangery ugm?