Awesome. Have you heard Cape of Bats? Black metal/punk band with members and ex-members from Devil Master and Coffin Dust. Got a lot in common with Devil Master for sure, but they seem to have a much stronger influence from bands like 45 Grave and The Cramps, as well as a healthy dose of Integrity. A lot more chaotic, but really awesome. 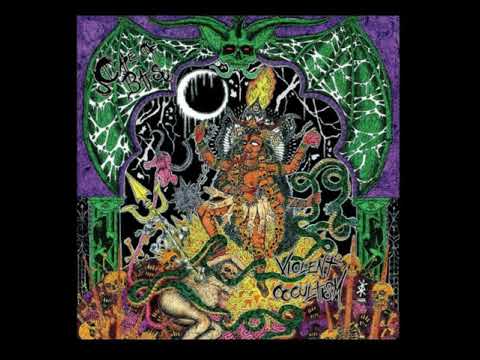 Thanks, sounds pretty interesting (you had me at The Cramps and Integrity, heh)! I’ll check them out.

This band tends to lean more toward post-hardcore, but there’s definitely prog-metal influences here. I can’t go more than a week without listening to their music, hopefully you guys enjoy it too.

Wampyrinacht released their first full-length back in 2017, after having been active for more than 20 years (it was no less than 19 years since its last release at that time). Their debut album was a must have for fans of Rotting Christ, Necromantia and Varathron, and this sounds pretty good too. Less Greek sounding, which sucks, but it still sounds solid. Debut album is a masterpiece tho. 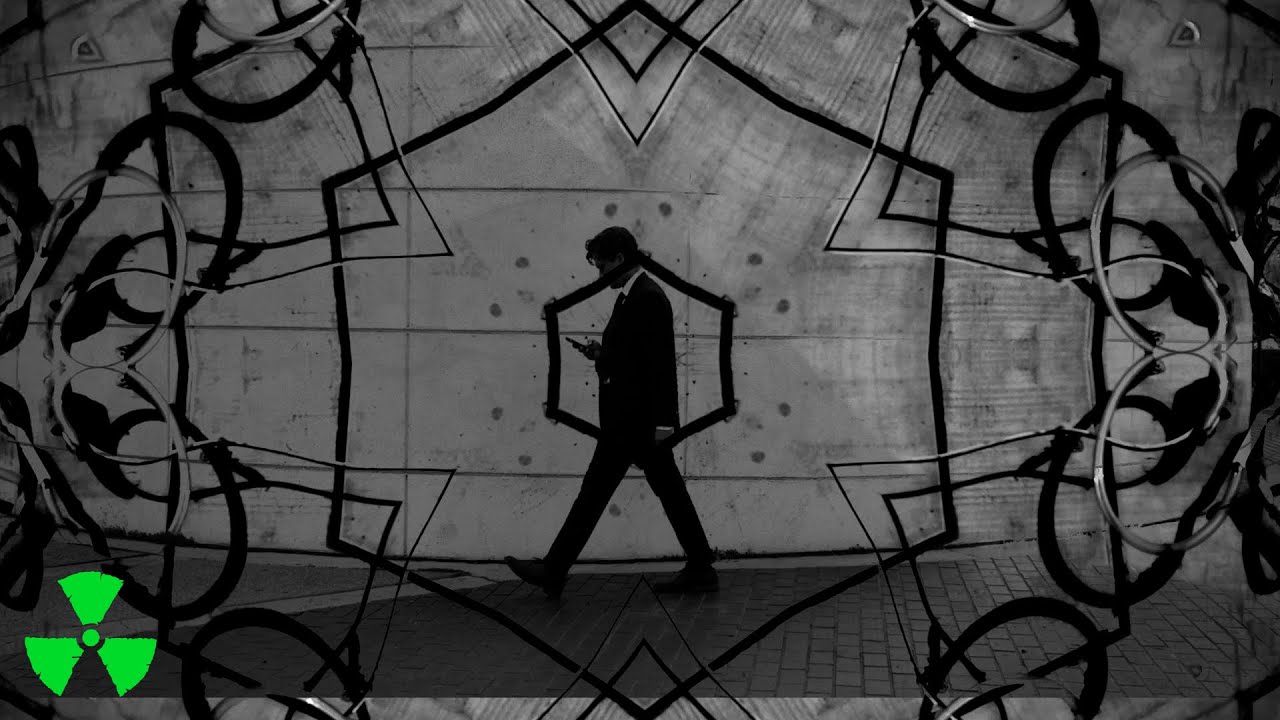 The best track yet, and I quite liked this. Also, listen to Gerard Way of My Chemical Romance doing harsh vocals man. Holy fuck, his screams are amazing!

As a side note, Devil Master is gonna open for My Chemical Romance on their upcoming tour. That’s as surprising as it is cool. I’m not a MCR fan, but it’s cool of them to take a band like Devil Master on tour.

Man, I am enjoying the shit out of this album. It’s mostly super straight-forward, simple and to the point mid-tempo goth metal, but the atmosphere is truly incredible and the melodies are just top notch.

It sounds like Rotting Christ, but despite being what I would call goth metal it does not sound like Rotting Christ’s more gothic albums. This sounds more like Thy Mighty Contract, Non Serviam and Triarchy of the Lost Lovers without the black metal.

Never thought Gerard would be able to scream like this.

posting this here because i feel like it could appeal to people here. Saidan (initially a one man black metal project but its been 2 people for awhile now) have dropped their 2nd full length album. the entire bands theme and aesthetic is based on japanese horror but it doesnt stop there, the vocalist/guitarist/songwriter is actually a huge jrock/vk fan and has elements of those genres including punk and thrash clearly seep through his black metal sound. i know black metal is quite harsh and too much for some people but theres something special here imo and also something that could appeal to users here. 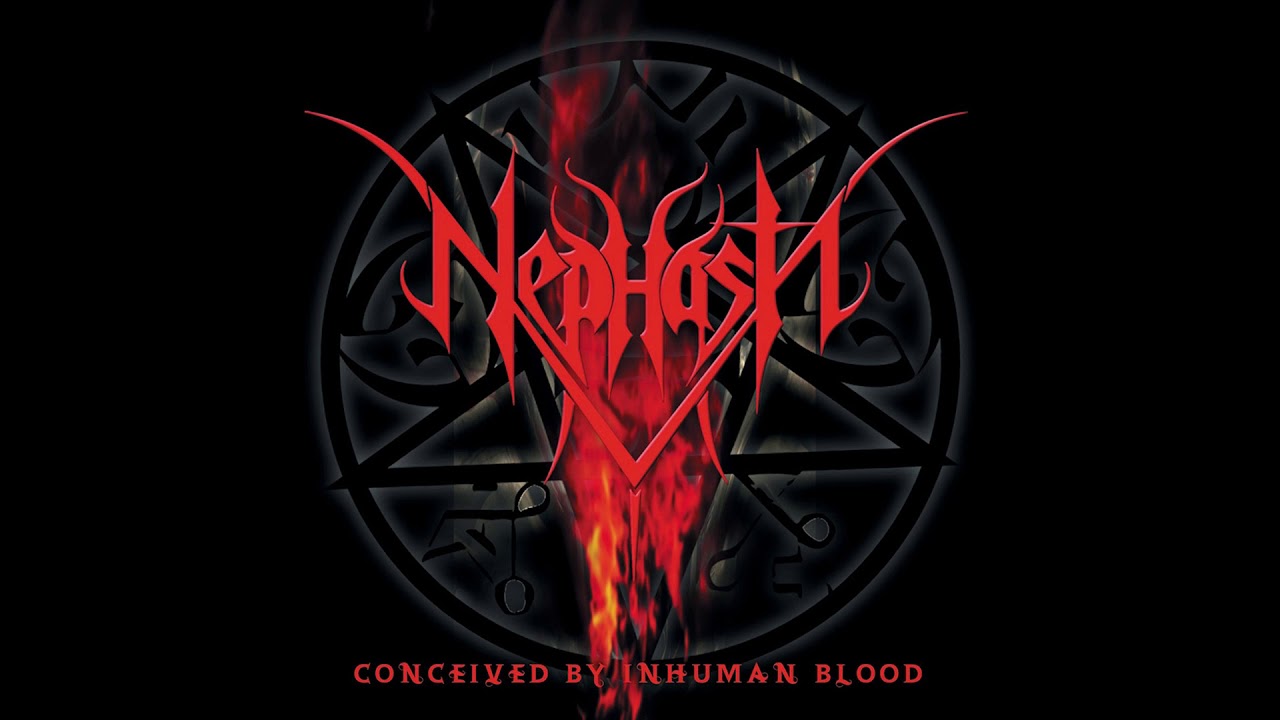 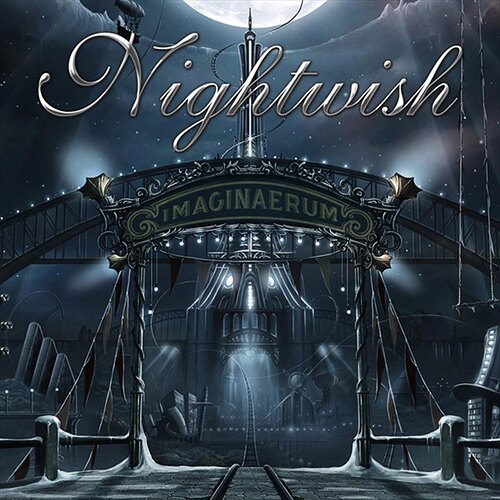 They’re from Finnland and their music is usually symphonic metal. But I think most user will already know them 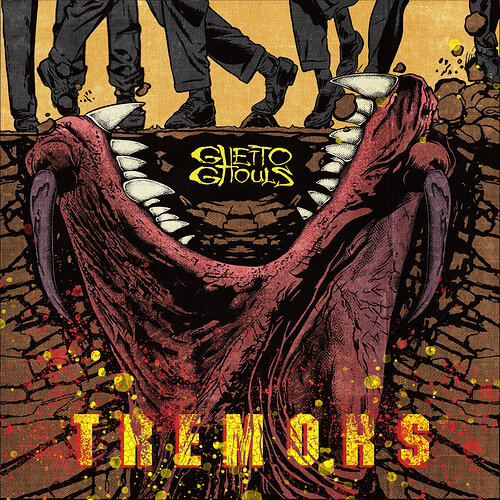 Ghetto Ghouls just released a new single paying homage to one of the best creature features of all time, namely Tremors. Musically it’s a mid-tempo thrasher that’s simple and straight-forward, but catchy and fun.

There’s also some patches for sale on the bandcamp if you’re into that kind of stuff: 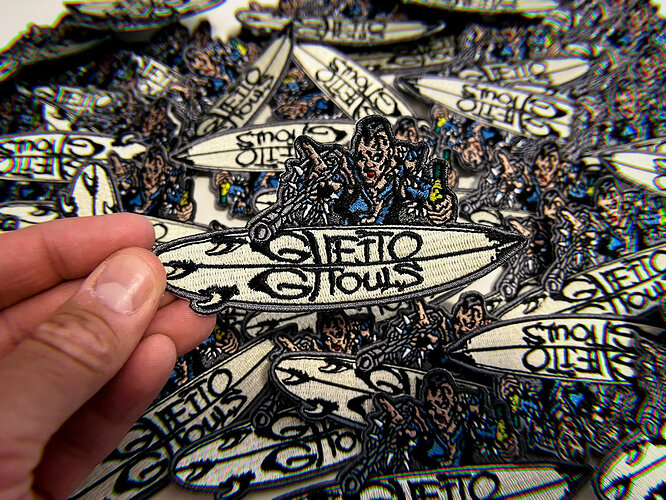 Gotta share this one as I’ve just returned from Gloryhammer live. They really rocked when they played the new song! Even if I miss Thomas Winkler, I do really like the new Angus McFife. I’ve spoken with him after the live while I was getting all my albums signed and he really felt like an awesome person
Already looking forward for next live! 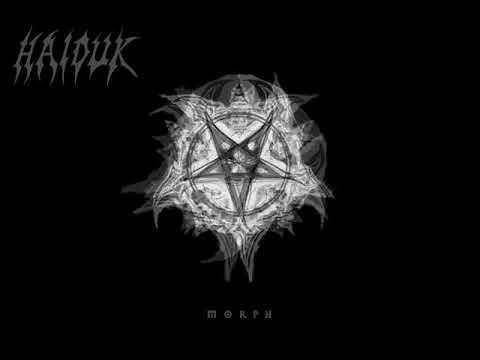 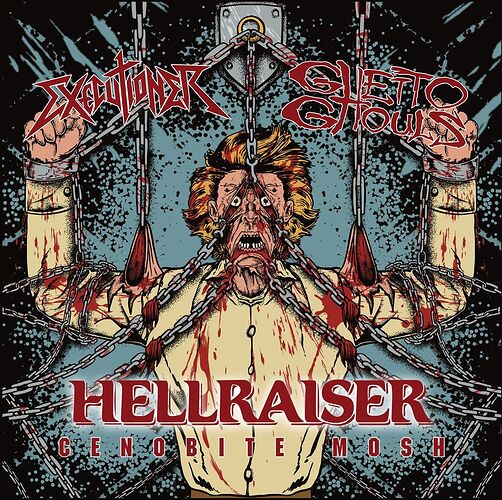 Ghetto Ghouls and Texas thrashers Executioner are dropping some new, hot shit this coming Friday. Four tracks paying homage to Hellraiser that surely will make you mosh yourselves til’ death.

And since Ghetto Ghouls ain’t down with no lazy days we went ahead with a 15 hour long video shoot this Saturday that will accompany in a week or two.

Slipknot’s Gray Chapter album is so underrated. I think it’s the most consistent front-to-back listen within their recent discography. From what I’ve seen, fans seemed to feel pretty meh about it and, to my surprise, a lot of fans seem to prefer We Are Not Your Kind over it.

I love Gray Chapter. It has very consistent tone/atmosphere throughout the runtime. The atmosphere of mourning is palpable and I love it. WANYK for me was fine but I agree with you. It is very shattered experience and it has only very few really strong moments. And since the album came out really close to the release of Korn’s Nothing I didn’t care too much for too long about it. I also agree that Gray Chapter is more reminiscent of Slipknot instead of Iowa. The heavy moments remind me of Iowa but the overall weirdness is very Slipknot like. Like for example in Negative One. It really feels like Iowa heavy track but it has all of those weird and screechy elements you could hear on songs like Scissors.

The atmosphere of mourning is palpable and I love it. WANYK for me was fine but I agree with you.

This, exactly. From the lyrics to the tone of the guitars, it all sounds like they channeled their grief into the music. Because of this, the album flows nicely from start to finish. And yeah, Negative One is a perfect example of capturing that old Slipknot wonkiness.

I also paid attentiom to WANYK for only like 2 weeks before moving in. I gave it another listen yesterday, and I feel exactly the same way as when I first listened to it. Solway Firth is still great though.

Have you listened to those new tracks? Dying song and Chapel town rag? I was not really impressed.

My favorite songs from WANYK are Solway Firth and Unsainted and Not Long For This World (this one feels like a Gray Chapter leftover in a way). So I listened to the new track yesterday. I don’t know, it’s enjoyable but it’s really similar to Chapeltown Rag. Both enjoyable songs but they lack punch. One thing I noticed is that that there are really no memorable parts. I always liked the way Slipknot riffs sound like and I feel like there is much less focus on those in the new songs. On the other hand I can think of a song like Left Behind and the beginning riff instantly pops in my head. I think the new album will sound like WANYK 2 but it’s just going to be faster and more angry. We will see