Yes. Very curious how they gonna do a full show with so little.

They might perform some of their own songs from their previous bands/solo acts.

What’s the over under we get extended solos?

This is totally going to happen.
I might add that we’ll also hear:

I love Hyde’s singing / vocals but the guy had 20-25 years to really learn English but never did.
Miyavi would be better suited singing some of these English lyrics.

The delivery ‘Time after time’ is barely understandable. I suppose that’s Yoshiki’s fault for cramming the words into that melody.

shit like this reminds me that ever since I developed guttural hate for bears a few years ago it would never go away now but I guess… this is also what japanese culture fans are in this day?

their other videos are dedicated to lolikei metal bands so idk why they even bothered, Miyavi is not the DL bait he used to be in 2001 anymore

not the DL bait

oh it’s someone intentionally appealing (looks, acting, manners) to men who look like all 4 hosts in the video.

melvel/yumeleep frontman would be one example of that.

if that’s how you would translate “downlow bait” into your dialect of word salad netspeak english you do you!

AHHHH FIRST CONCERT TONIGHT IM SO EXCITED FOR THEM!! I HOPE IT GOES WELL

Bandmaid as the opener for their US shows.

The show is going to be five hours long?…

I think this is just a general schedule of concerts on WOWOW for the whole month, since THE LAST ROCKSTARS show is on January 27th at 7:00 and the next concert is the day after. I’d be surprised if they managed to stretch this out for 5 hours.

Looks to be as expected.

Basically this mega band could only come up with 5 new songs for this project?
Shine is potentially a Yoshiki solo piece with Hyde singing on it, so it might only be 4 actual rock songs.

How is this even possible considering the other 3 members are relatively prolific?

It’s Yoshiki’s project, they just follow and take the cash.

If they come to my country, i will not support this mascarade.

Sorry, that was a rhetorical question on my part.
I was naively hoping that the situation would be different this time and Yoshiki would be…less Yoshiki-y and let the other members do their thing with songs. You know Hyde, Miyavi and Sugizo could’ve easily churned out a few B- and C-level songs for this project.

And I was in New York last week and could’ve schedule my trip to coincide with their live but decided not to after hearing the first sample of The Last Rockstars. Seeing this setlist, I’m glad I didn’t bother seeing them live.

Just to clarify, the person who posted this on Twitter commented that this is what they expect the setlist to be (if I understand it correctly).

Plus, it was posted long before the start of today’s show.

This might be the correct setlist, in which case I don’t really need to adjust my previous statements lol. 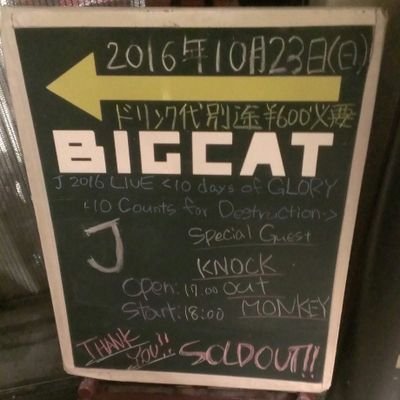