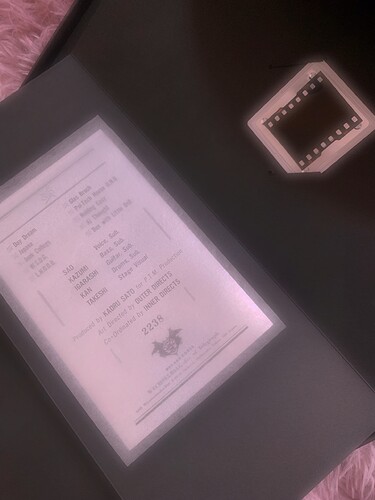 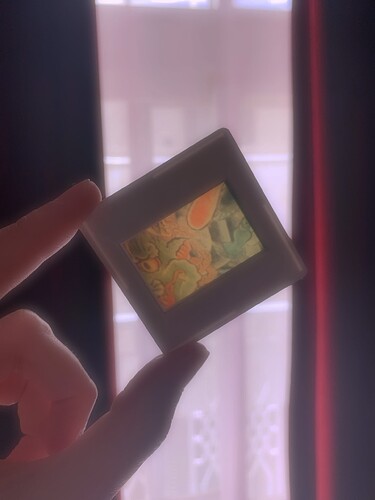 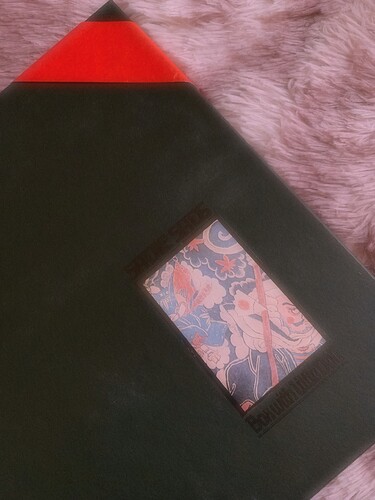 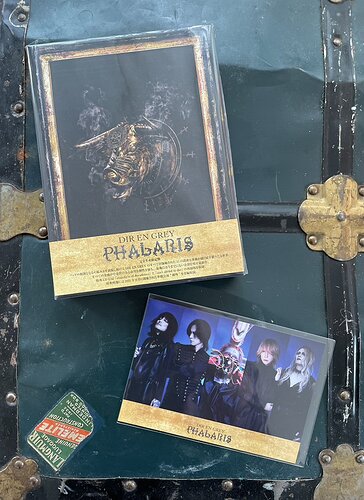 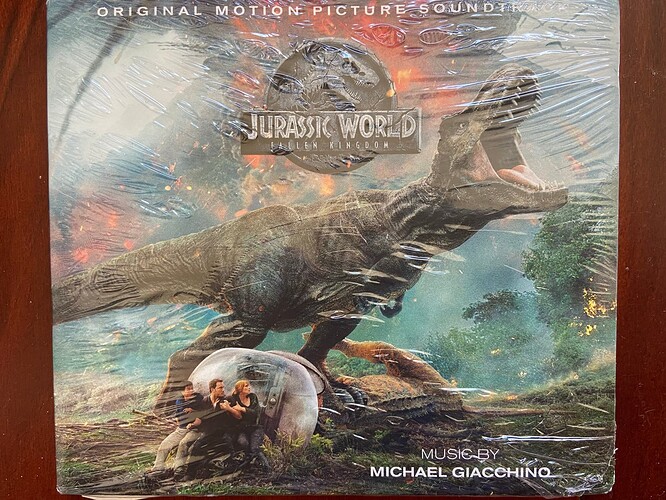 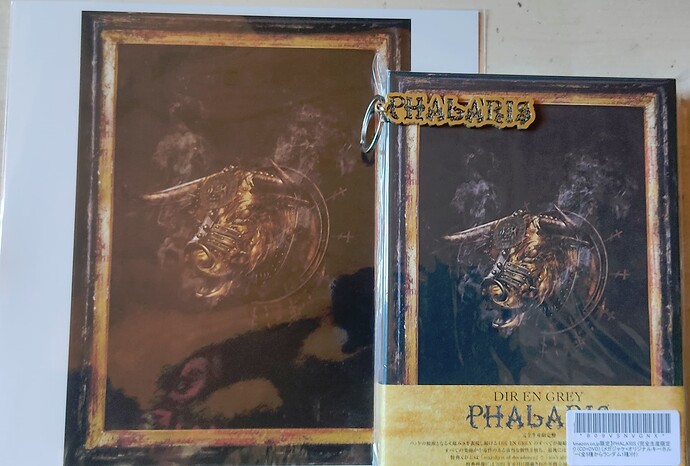 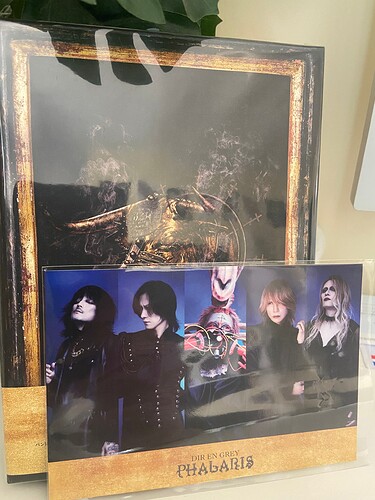 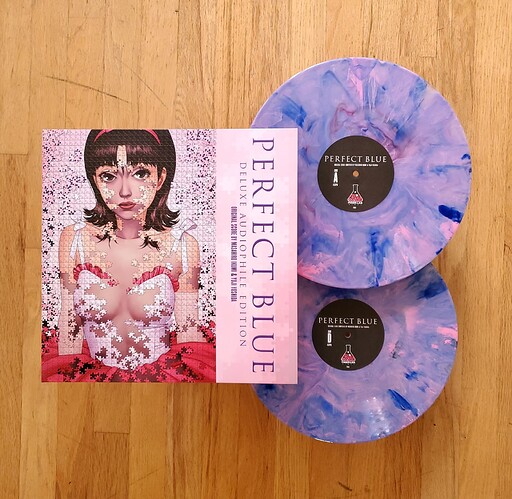 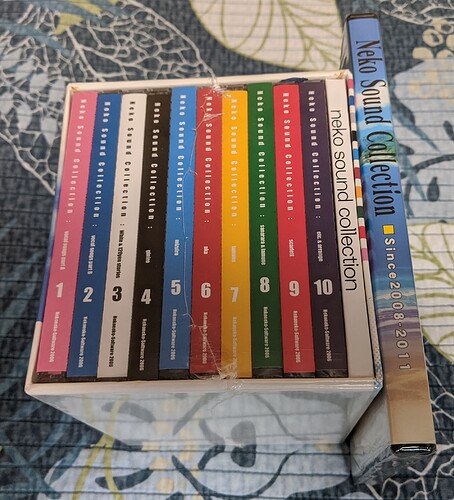 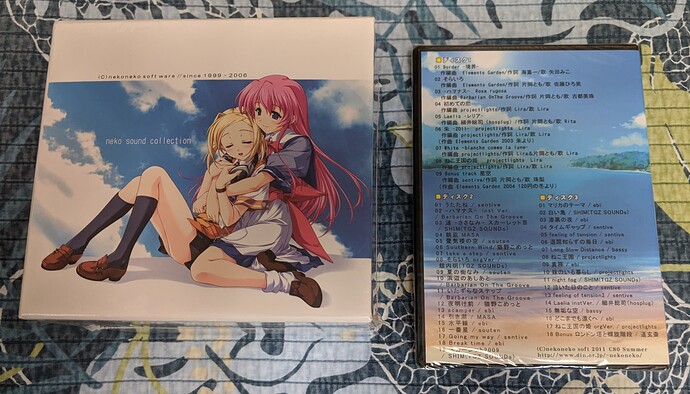 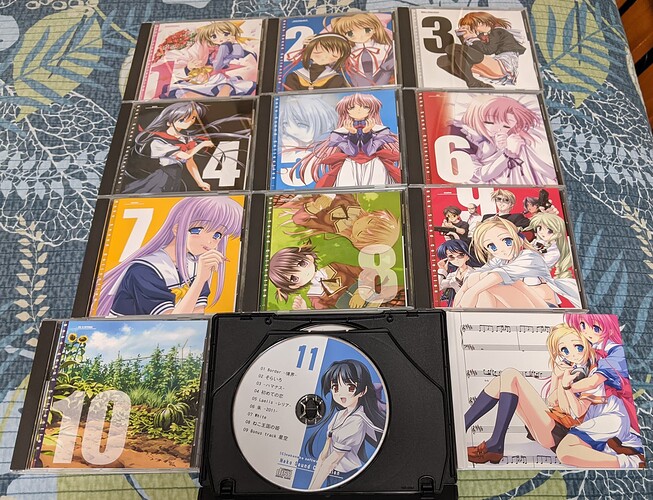 Started a new collection of VGM (inc. Visual Novels by def.) Box Sets. I’ve had this in .ape format of all things for a number of years now and it’s kind of the Avengers Endgame for early-2000s eroge composers. I don’t have much else resembling anime in my collection, so this goes in the safe for now (along with the questionable stuff provided with 2011 Comiket stuff that came with discs 11~13)

I’ve never been a fan of visual novels, only playing one myself before never wanting to go through that tedium again, but ever since I listened to the Baldr series soundtracks I’ve been pretty hooked. Underrated stuff, tbh. 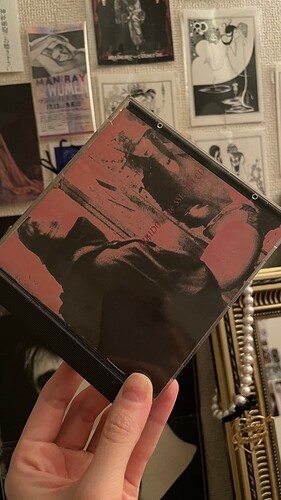 The best version of the Bible arrived early =P. 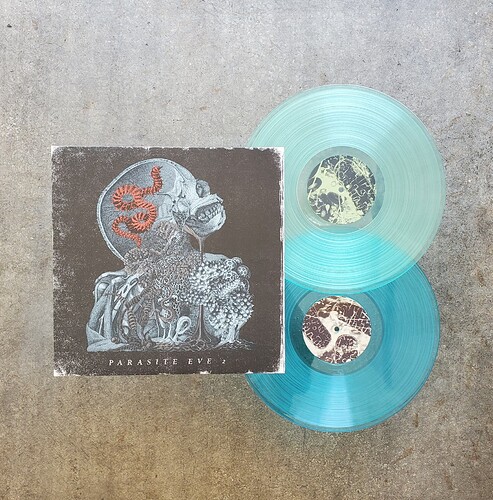